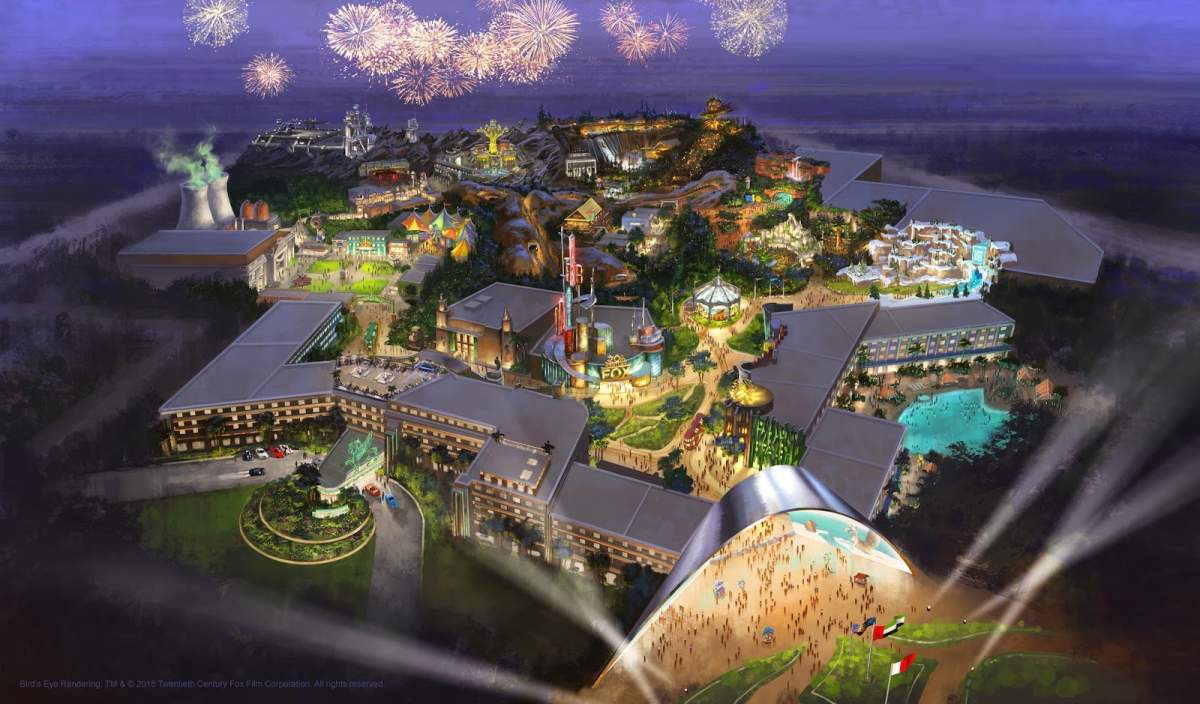 NewsPlusNotes schrieb:
The theme park and resort comes on the heels of the already under construction 20th Century Fox World in Malaysia, which could open in 2017. The Dubai development will be the first to include a Fox-branded resort, and the partnership allows for three additional resorts to be built at a later time outside of Dubai. The hotel resort will feature rooms themed to popular franchises, offering a first of a kind experience with regard to the themes.

The above concept art can be clicked for a much larger version, which shows off some of the rides and attractions planned for the theme park. These include sections or rides based on Ice Age, Rio, Planet of the Apes, Aliens, Predator, Night at the Museum, Titanic, The Simpsons and Sons of Anarchy.

The attractions will include media based dark rides and more traditional thrill rides, but all heavily themed to the Fox brands. “Given the rich source material, we owe it to the fans to be as immersive as possible." says Gary Blumenstein, Senior Creative Director, Rethink. "Our industry is trending toward deeper, more detailed experiences, and so are guest expectations. We want you to believe you’re on an alien planet or flying through the Amazon. It’s all about believability.”

Of course the park will also feature plenty of themed retail and dining experiences as well. There looks to be an even balance of family to thrill rides, with an interesting looking river rapids ride in the back and a mountain themed roller coaster in the center of the park.

Design and Production services the for development are being provided by Rethink Leisure & Entertainment.
Zum Vergrößern anklicken....


arabianbusiness.com schrieb:
Ambitious plans for a 20th Century Fox World theme park in Dubai are on hold due to concerns about oversupply, according to Mohammed Khammas, CEO of Al Ahli Group. “We've realized that there’s now a serious supply of theme parks in Dubai,” Khammas told Arabian Business, in an exclusive interview.
Zum Vergrößern anklicken....