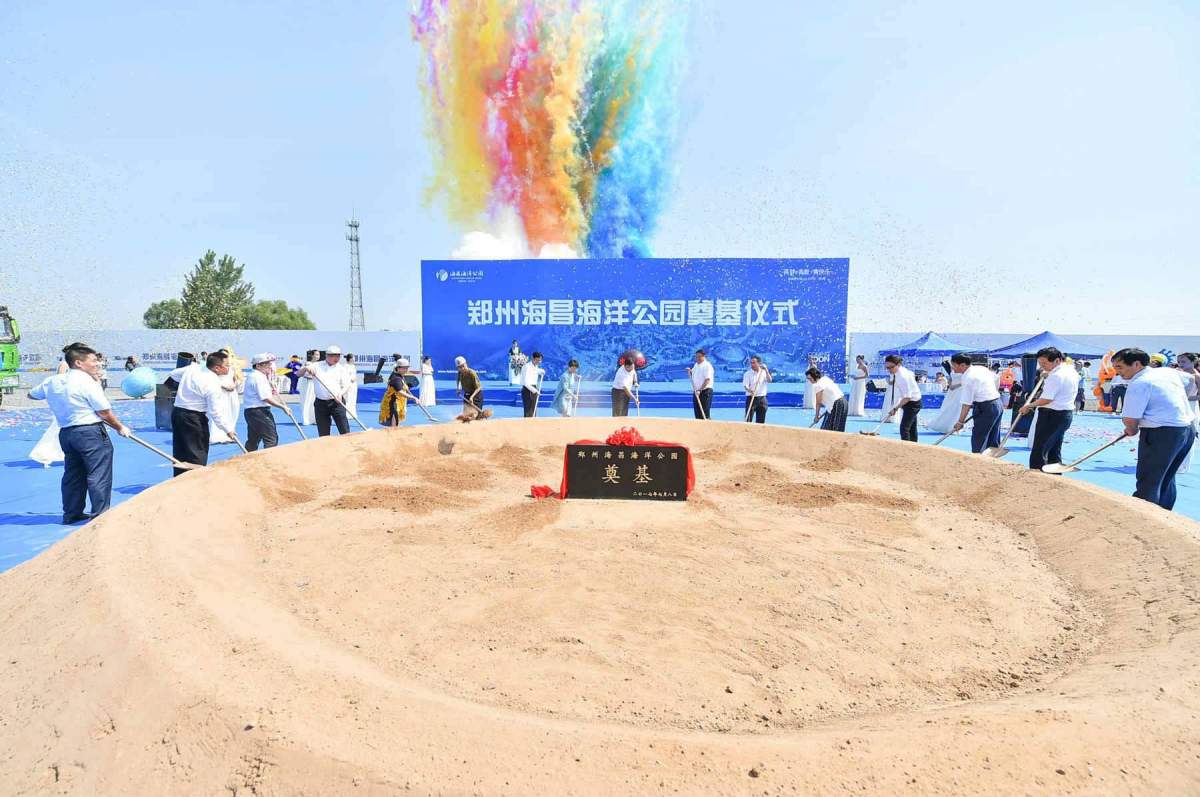 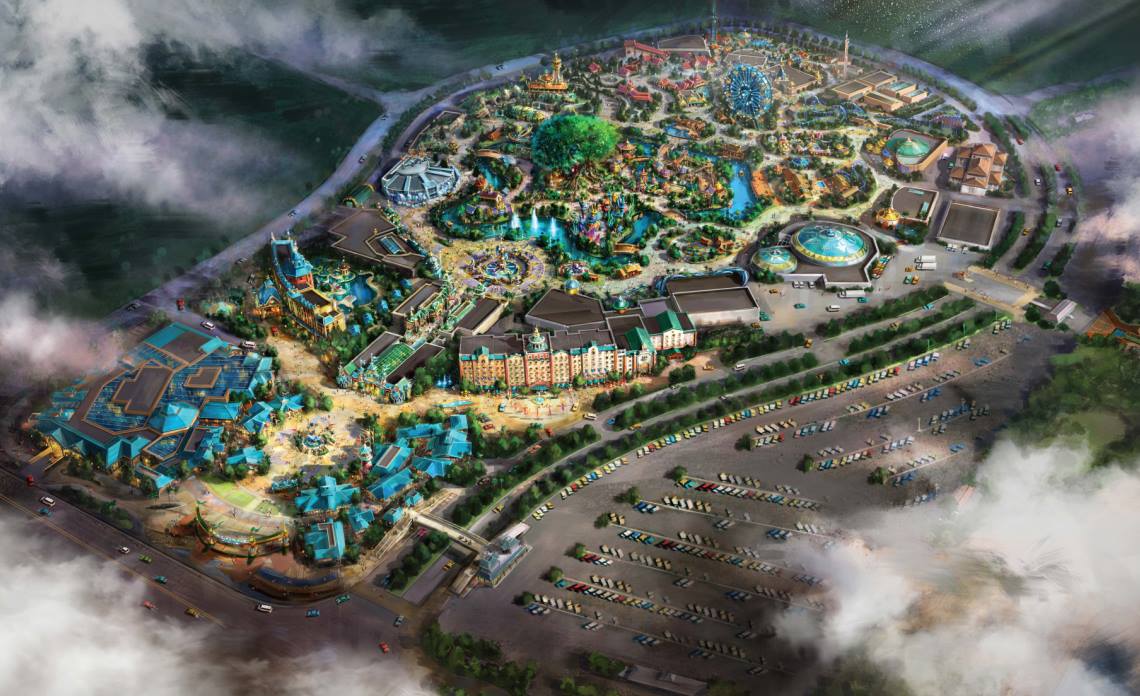 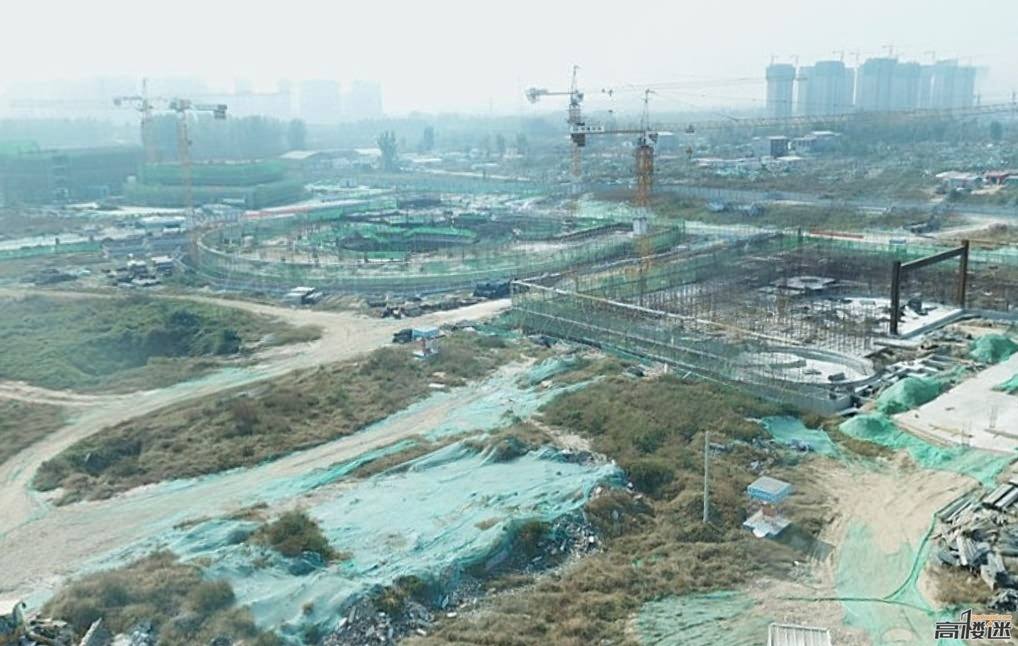 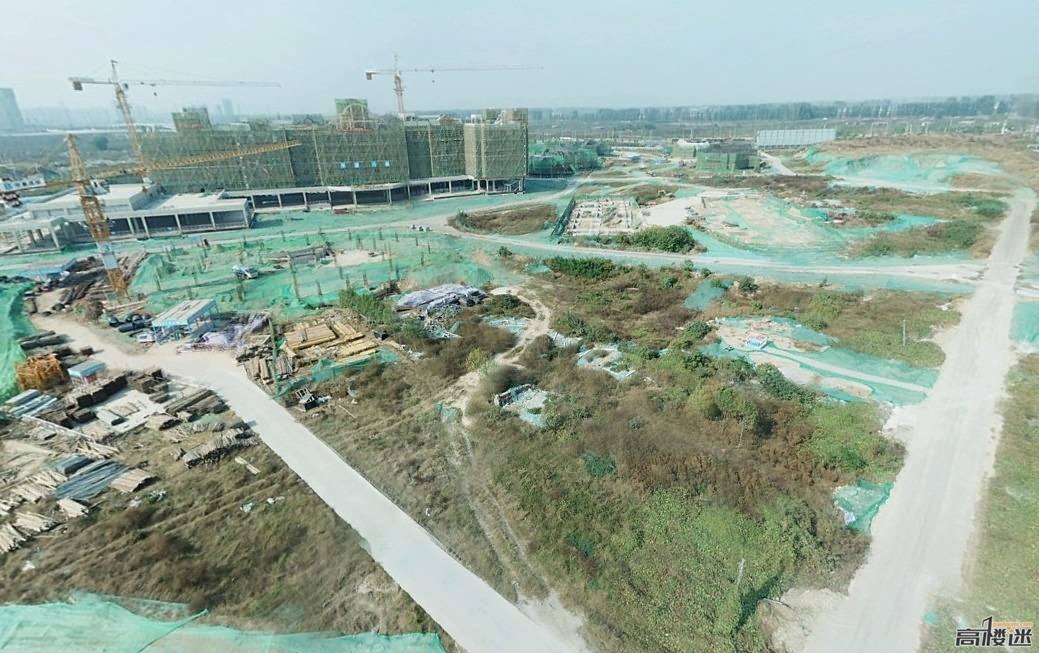 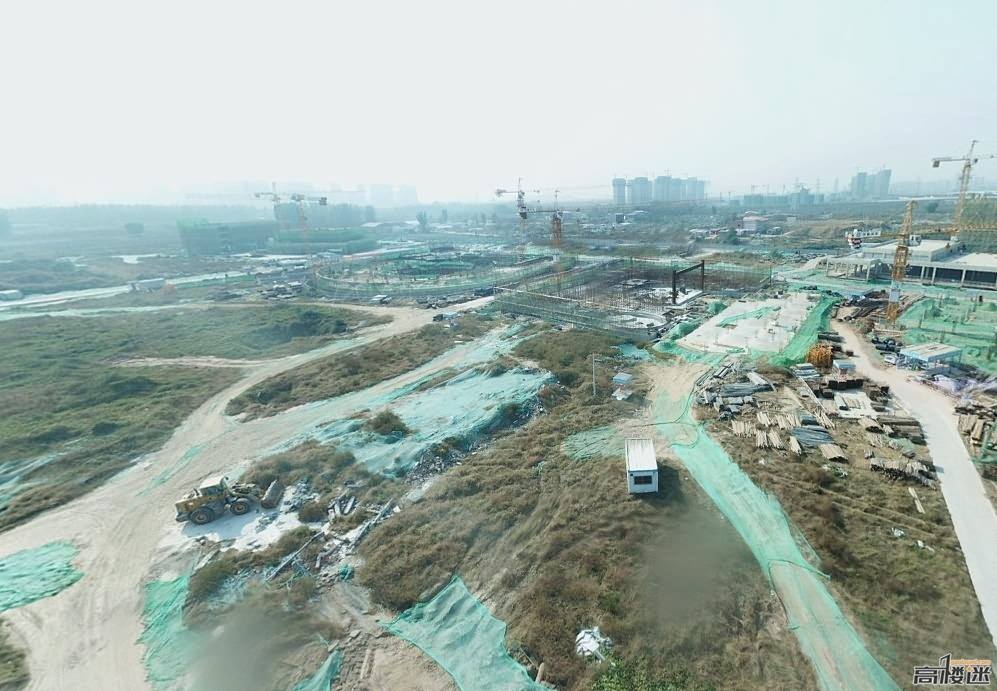 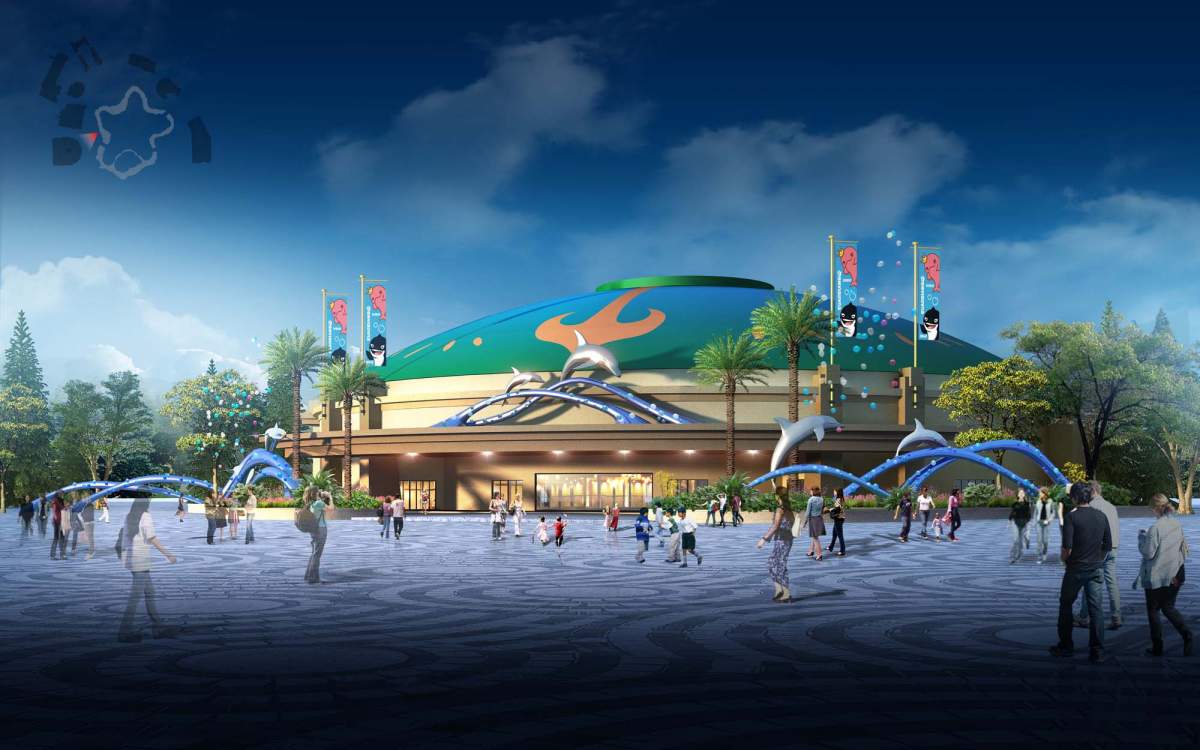 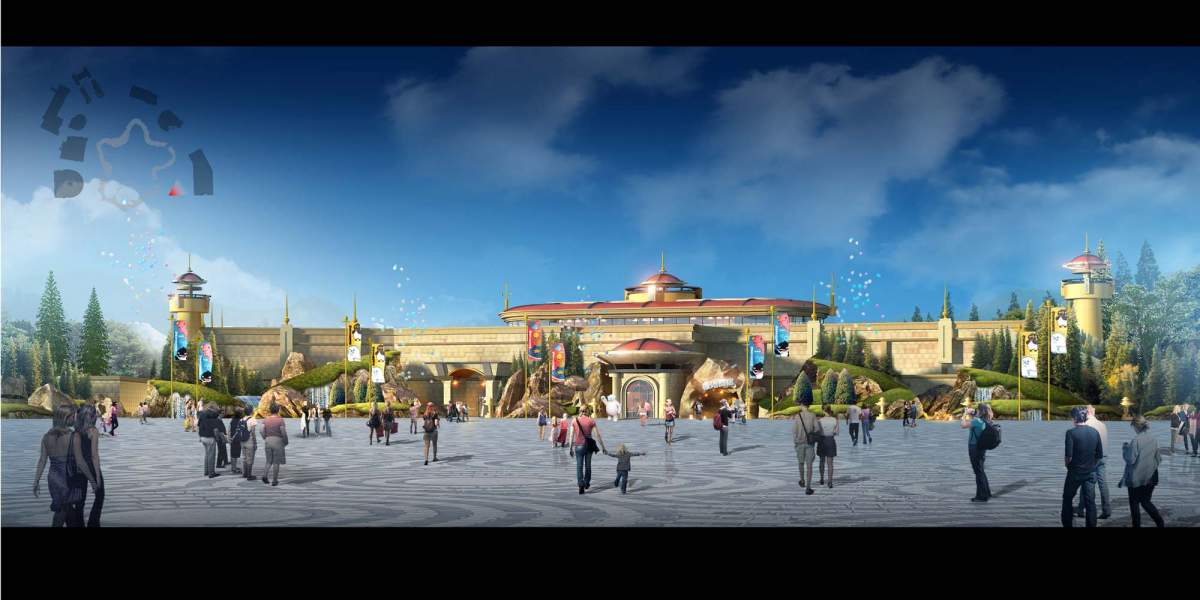 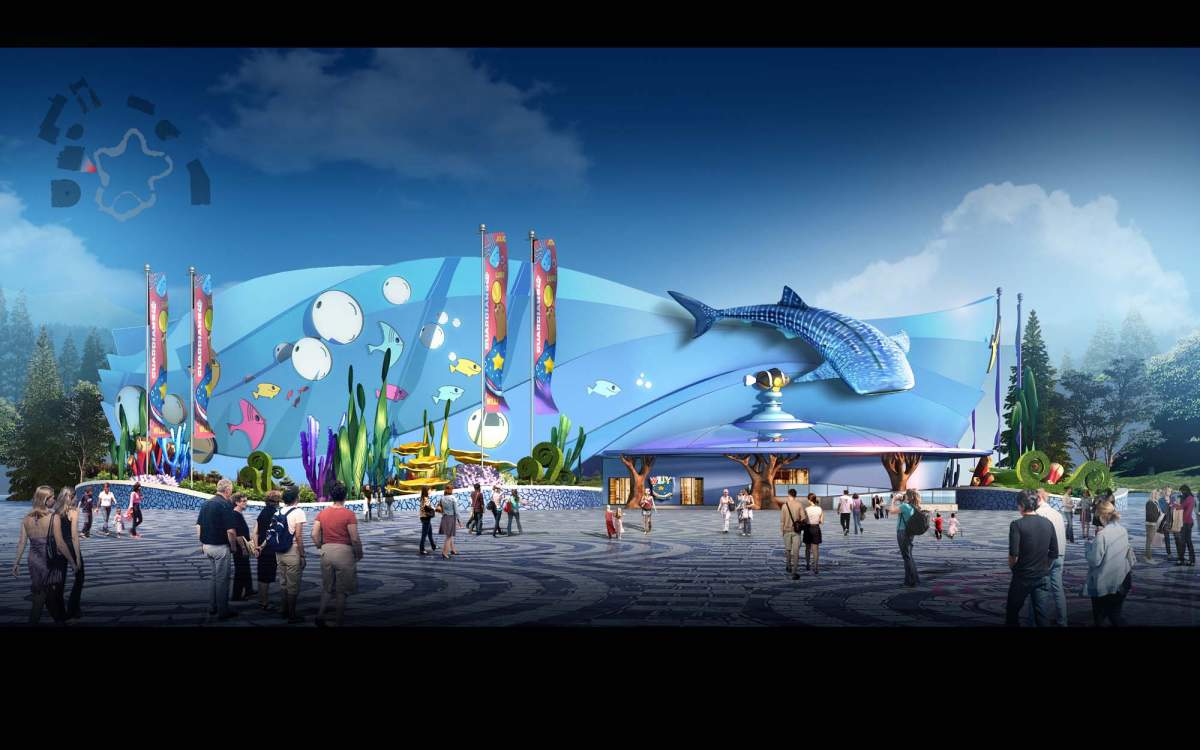 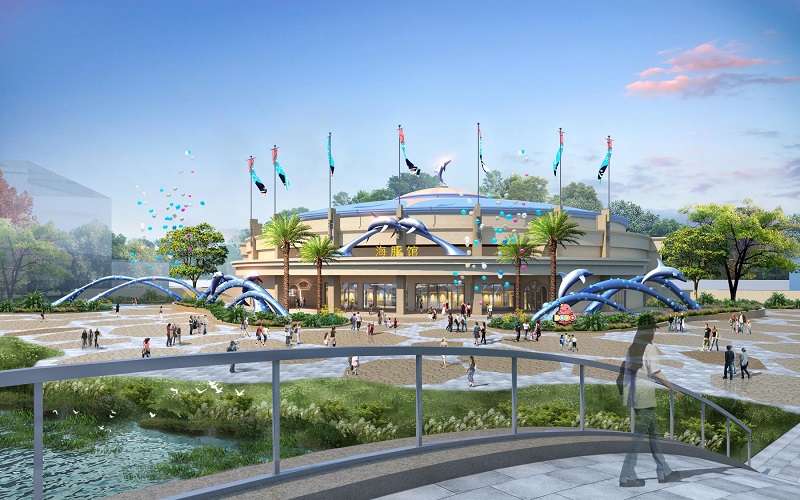 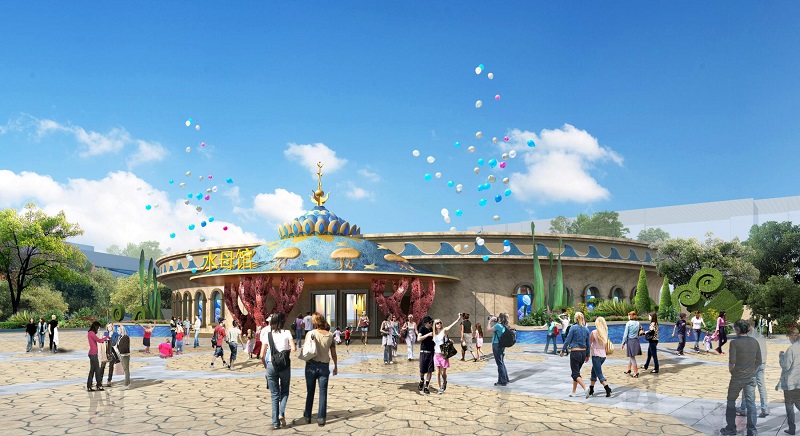 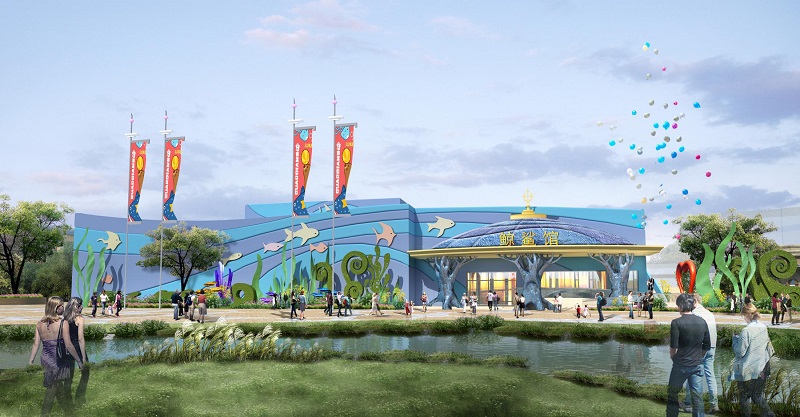 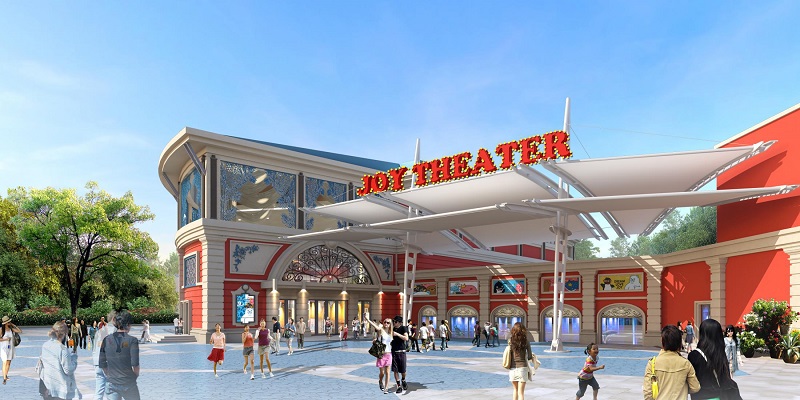 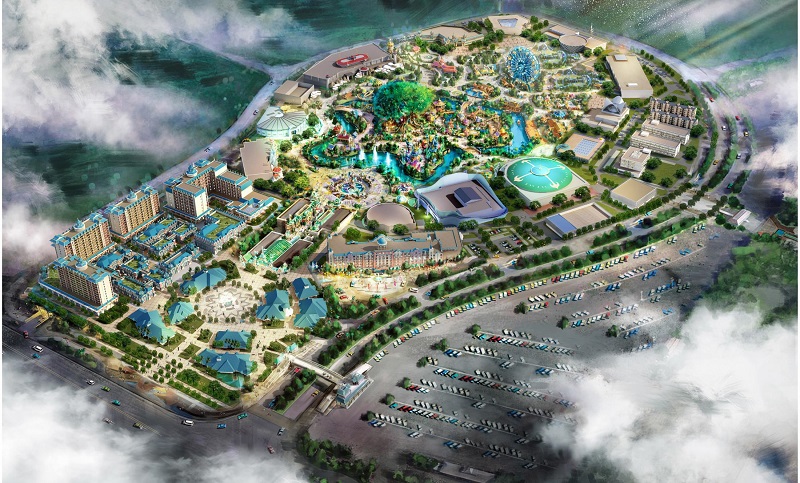 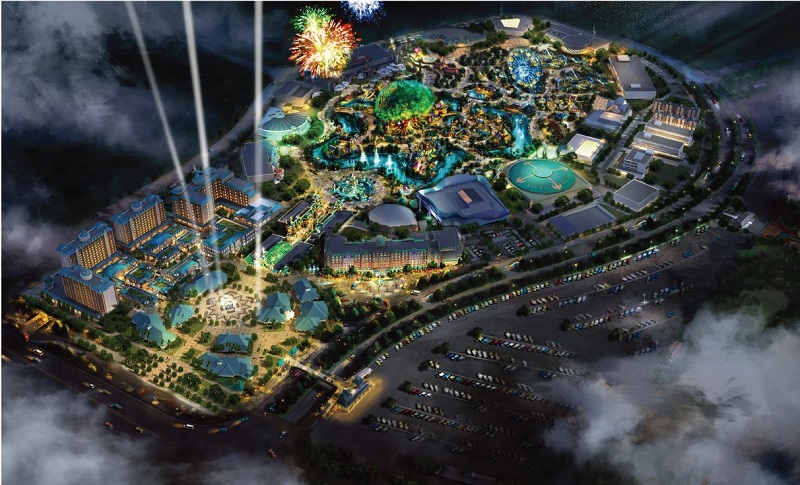 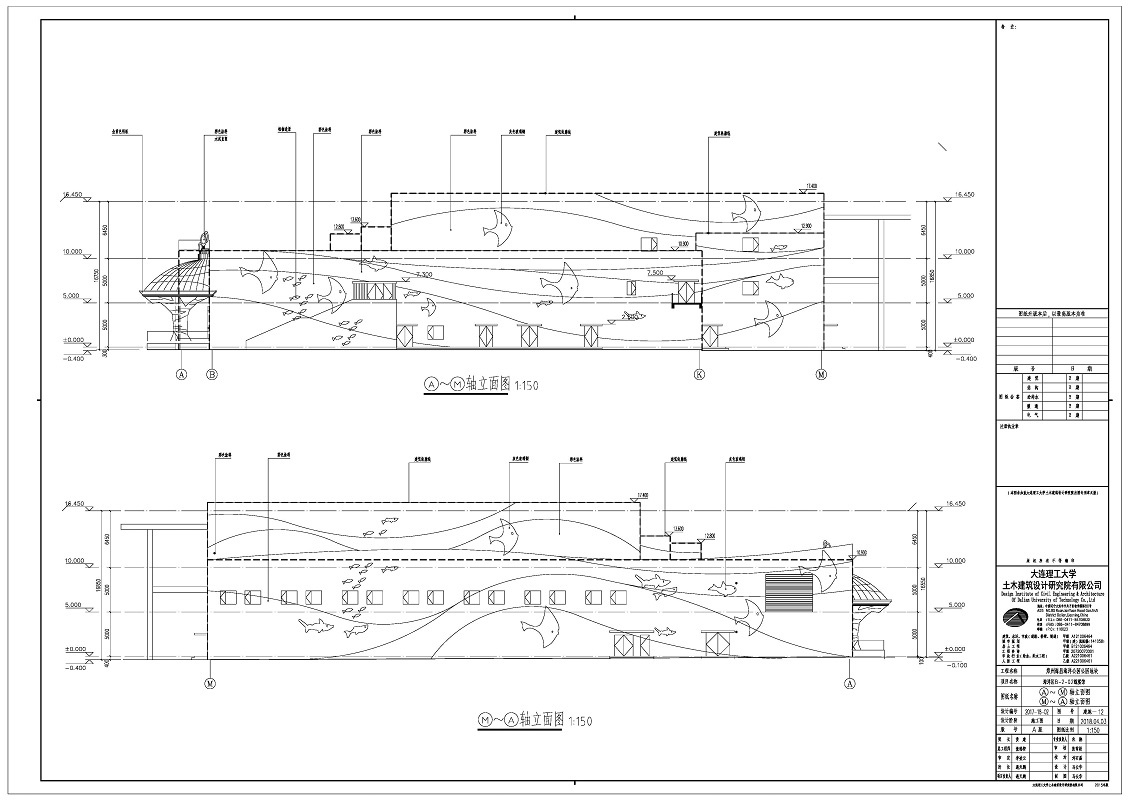 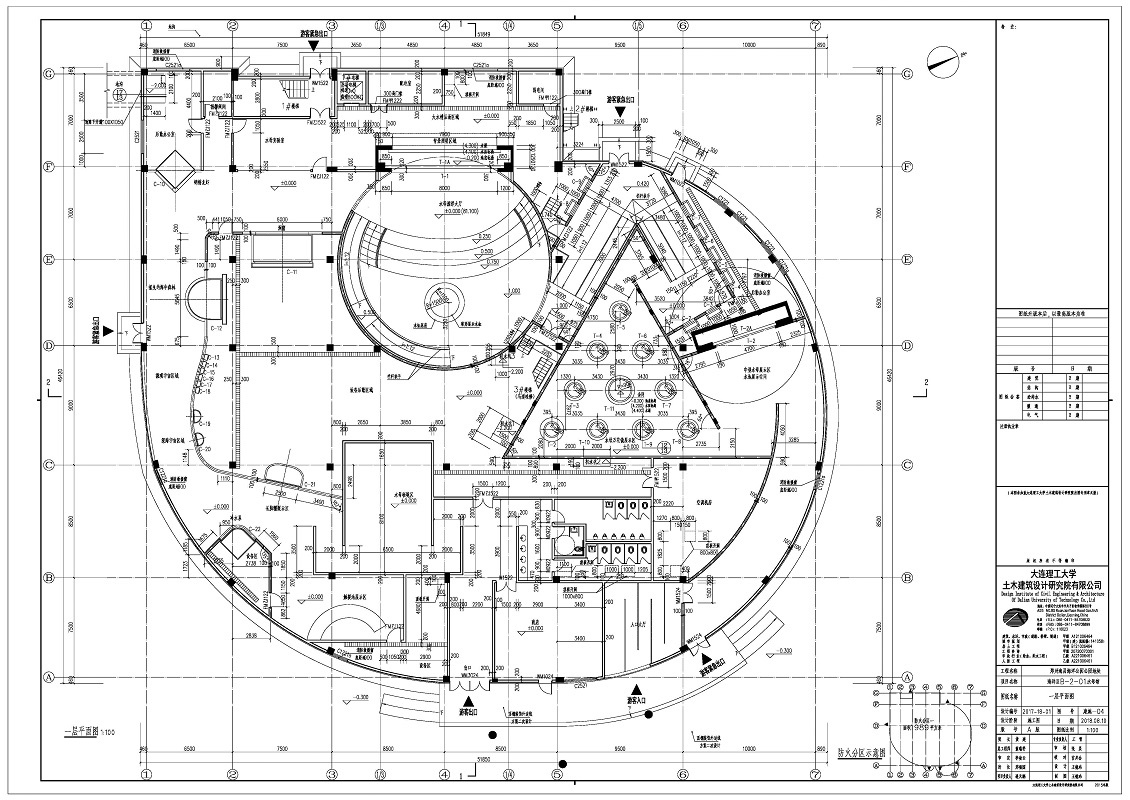 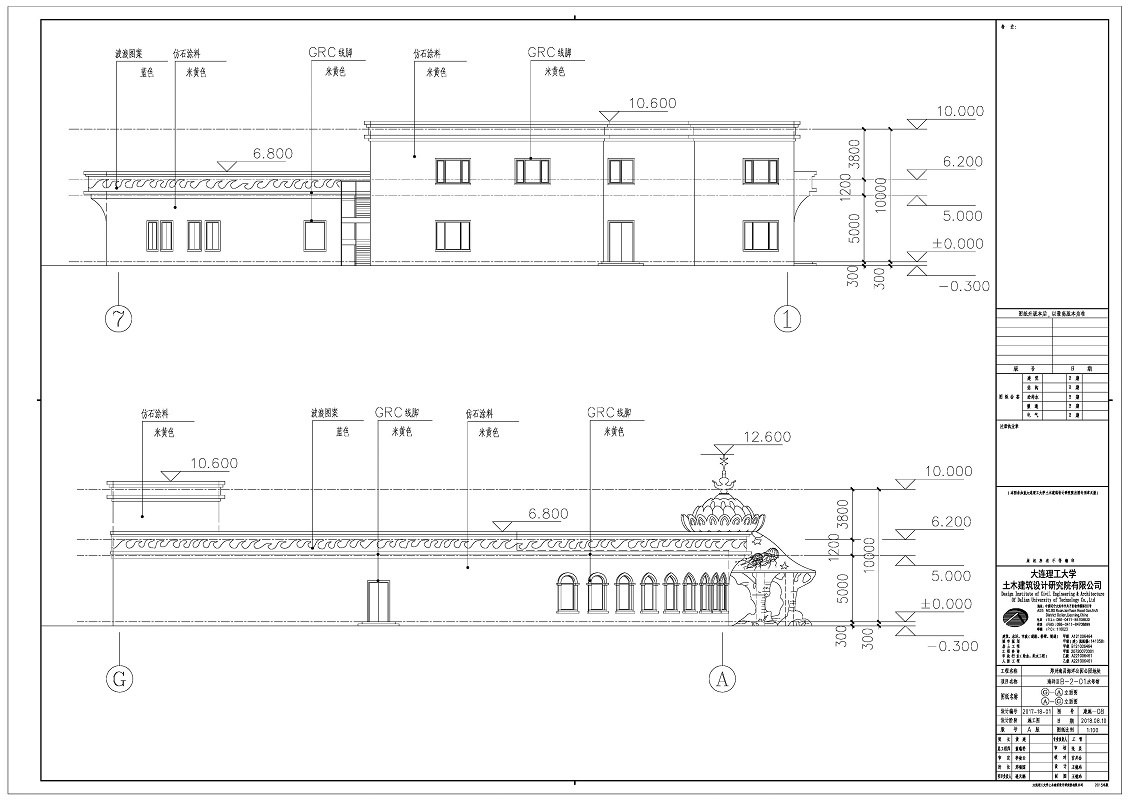 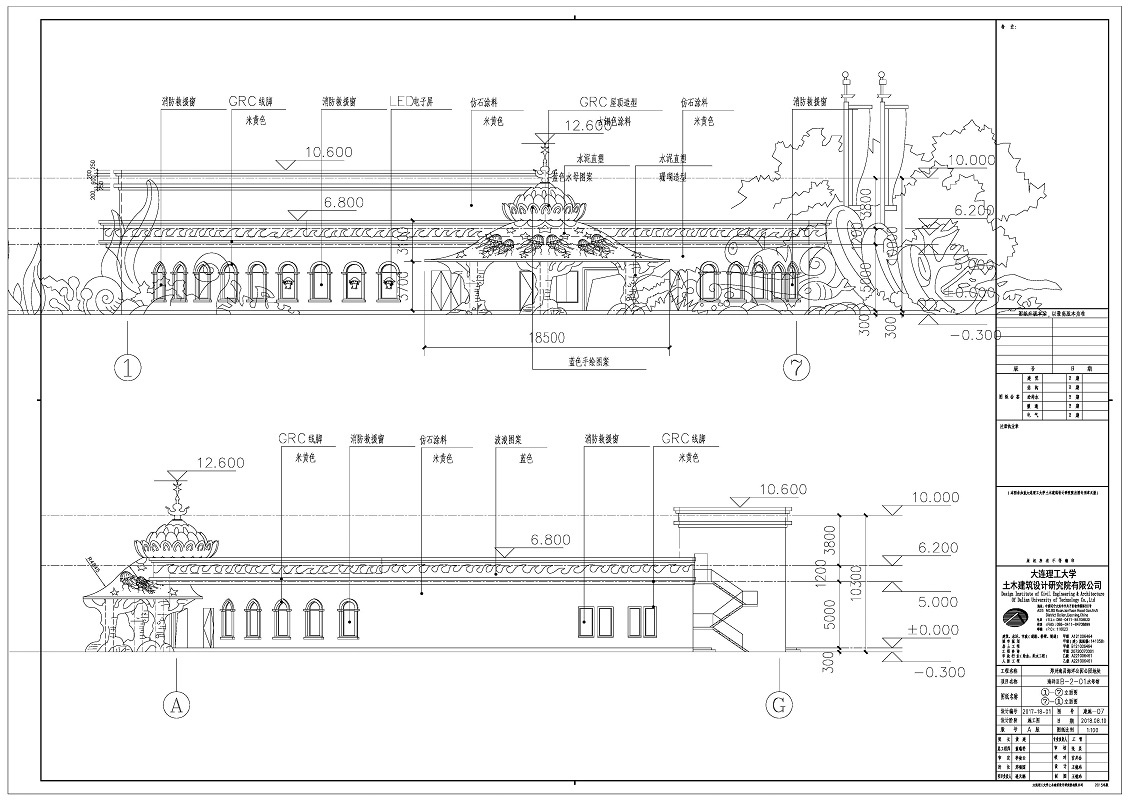 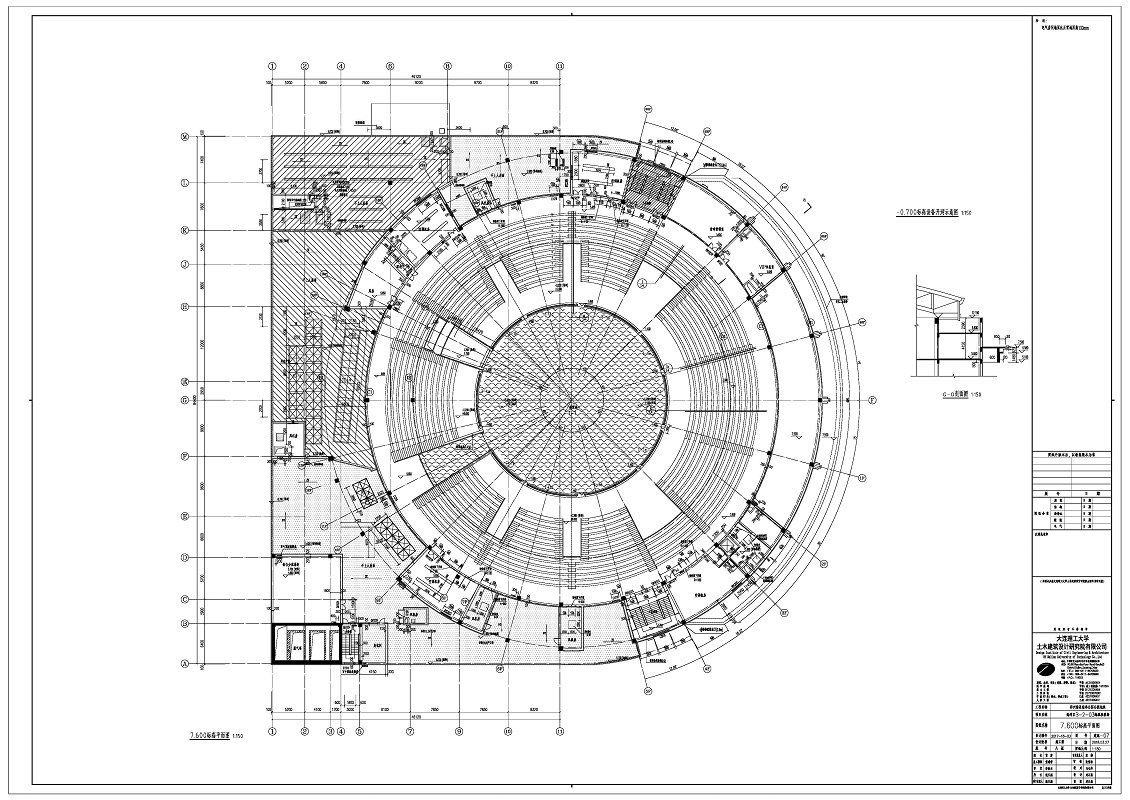 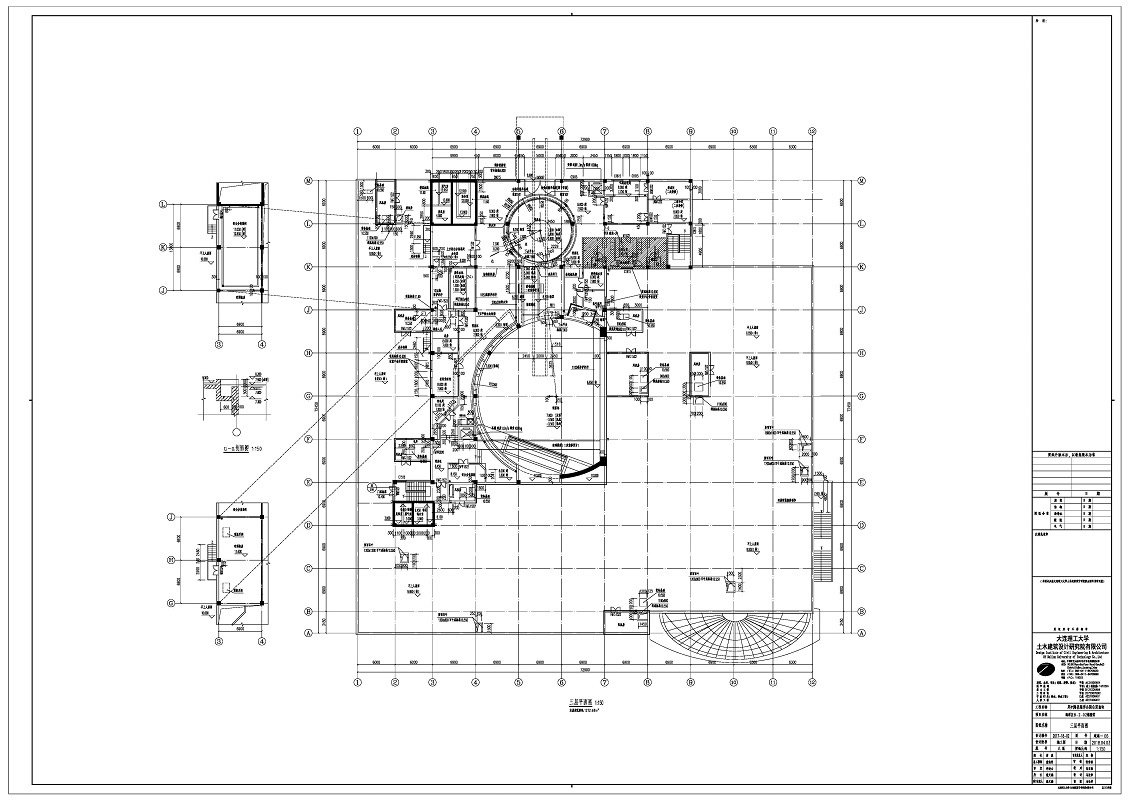 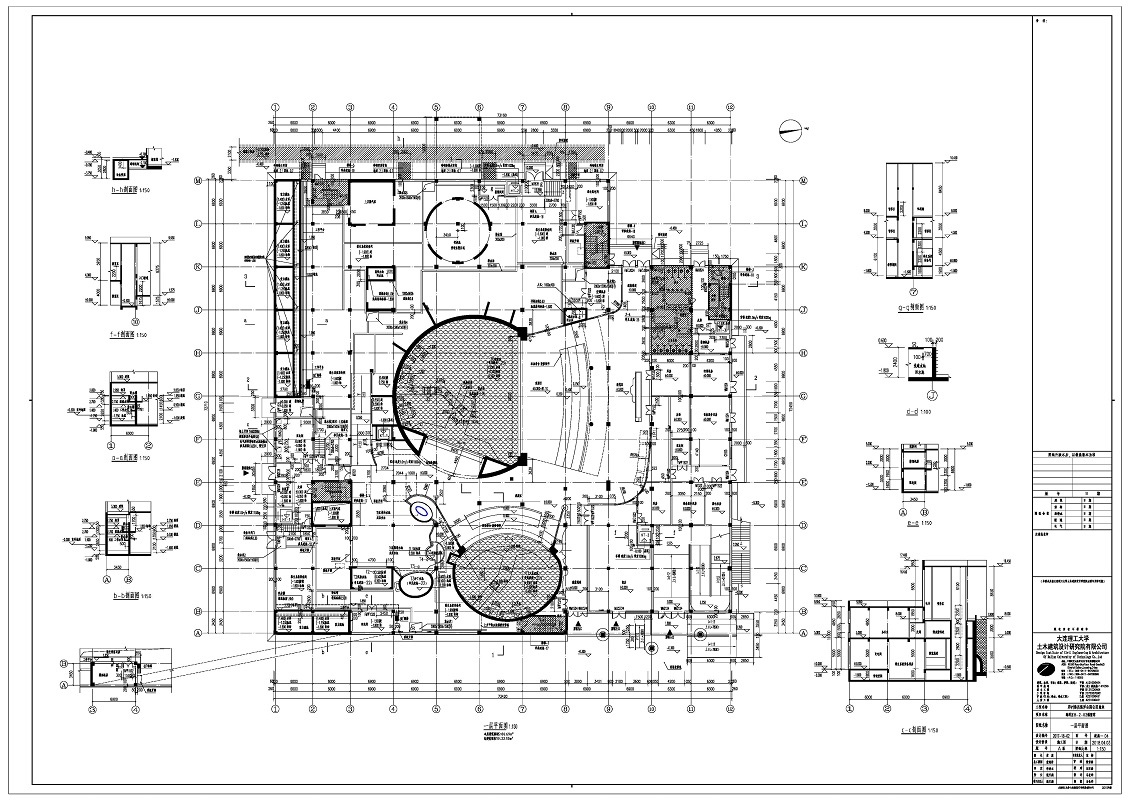 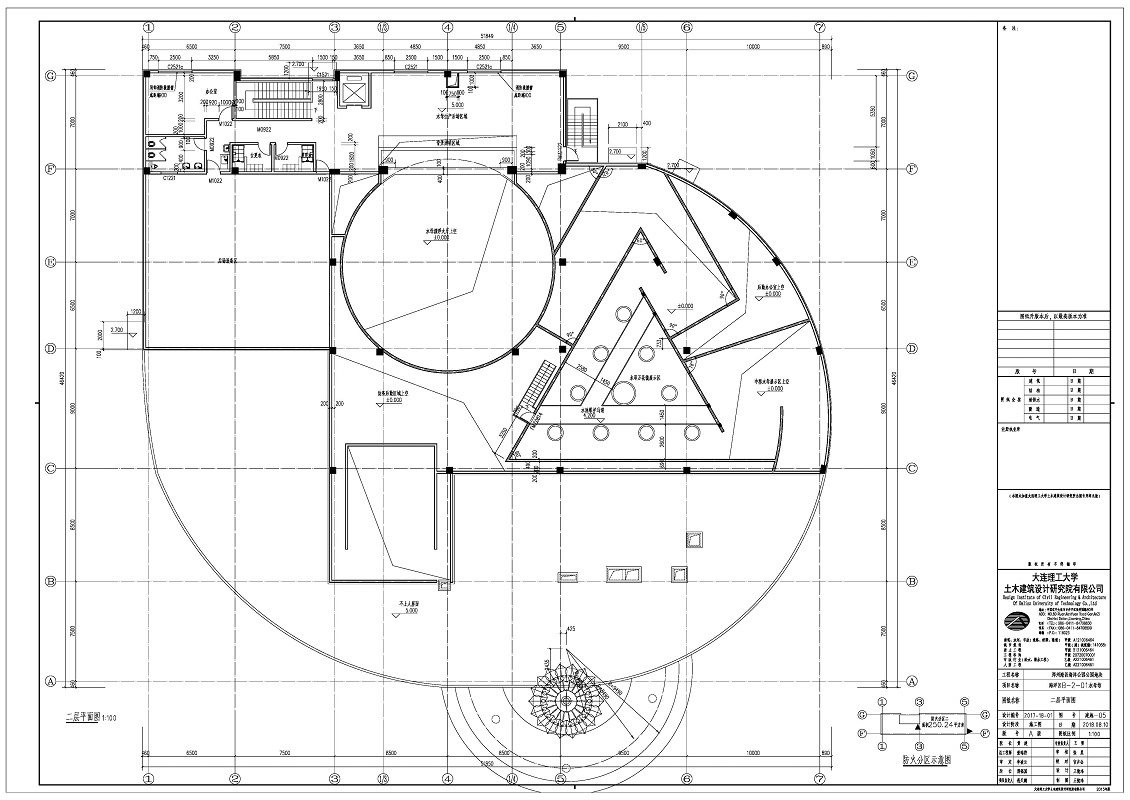 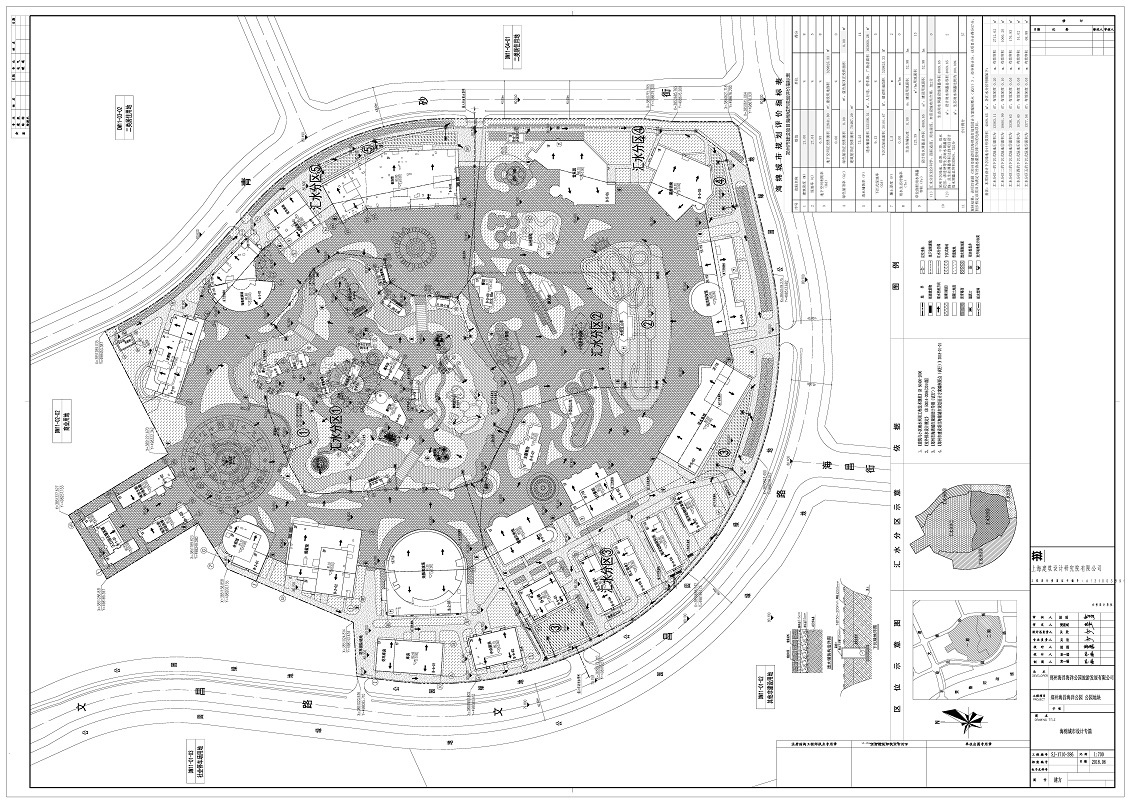 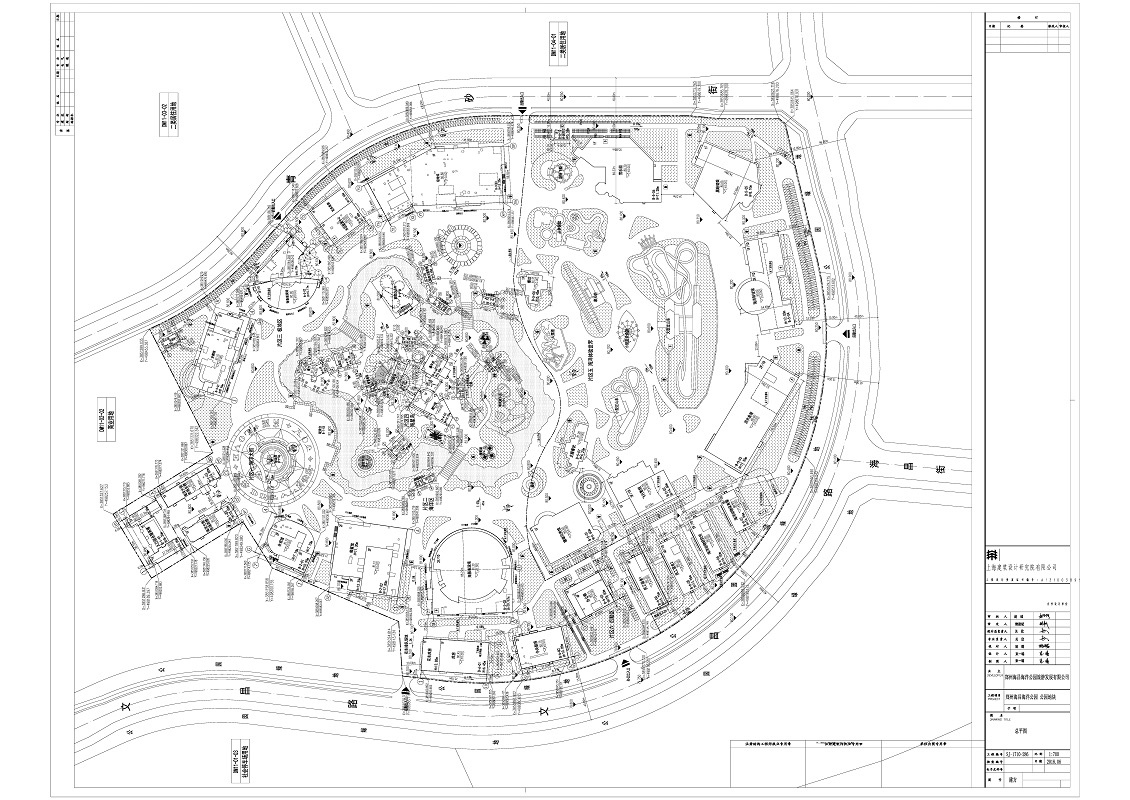 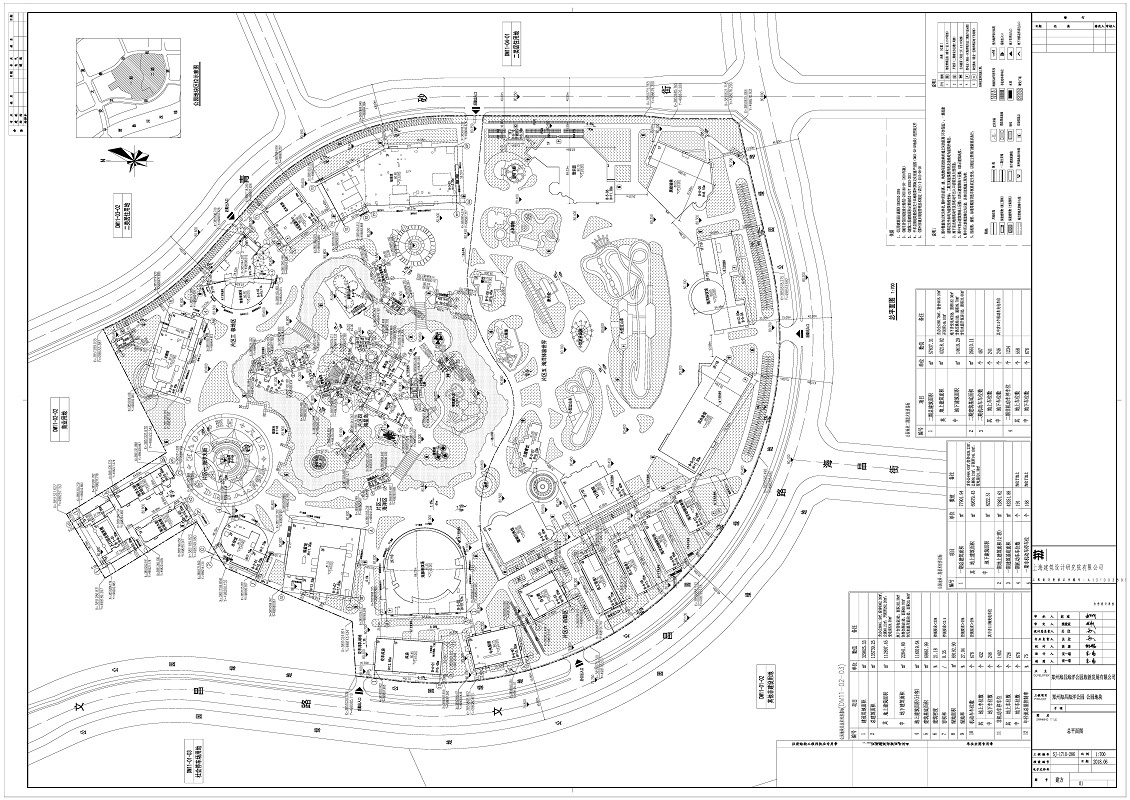 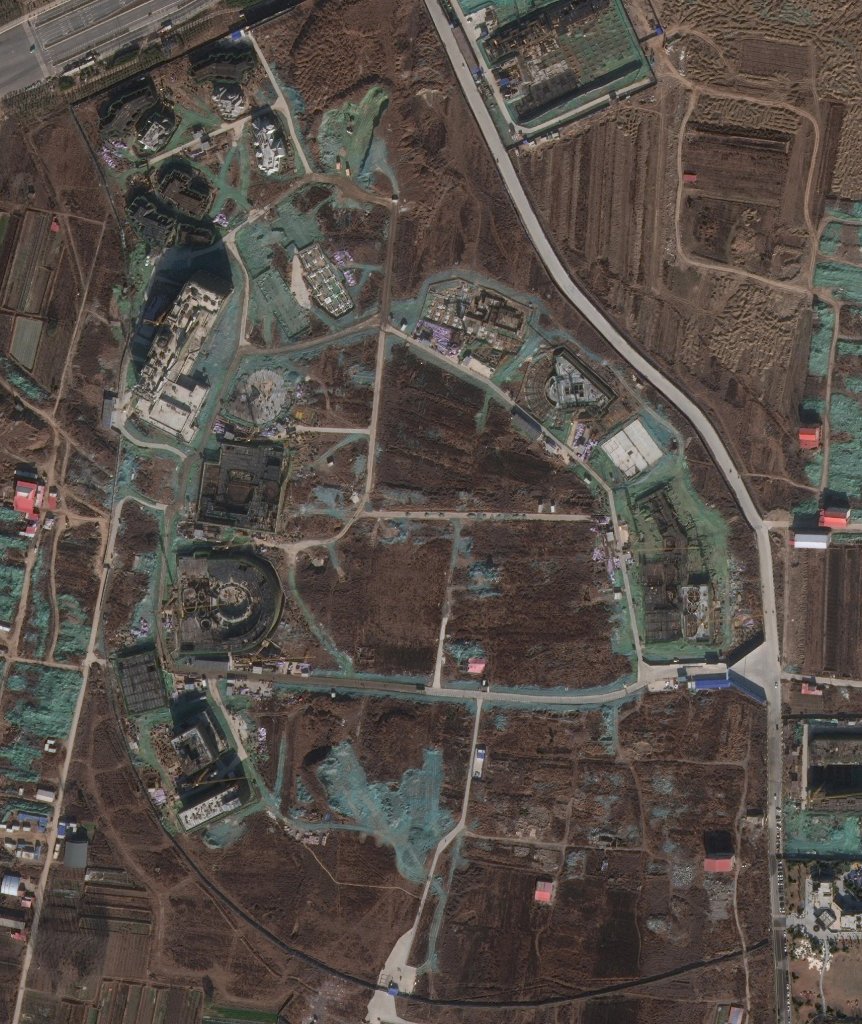 Haichang Holdings Company has announced there will be a soft opening of Zhengzhou Haichang Ocean Park at the end of 2021.

The park will comprise of three major areas – the Ocean Park, Polar Park and Future Exploration World. The resort will also be home to ocean-themed hotels and commercial districts, which provide visitors with leisure experiences of an ocean culture.

Zhengzhou Haichang Ocean Park will cover and area of 640 acres. The site is said to have an investment of 4 billion yuan.

Construction of the site is expected to take around 24 months. Upon completion, the park will be a flagship ocean park in Central China. It is expected the tourist destination will welcome more than three million guests through its doors a year.
Zum Vergrößern anklicken....

A few days ago, the author has repeatedly received feedback from netizens that Zhengzhou Haichang Ocean Park, located at the north of the intersection of Zhengkai Avenue and Guanghui Street, has been suspended for more than a year for some reason, and the China Construction Eighth Engineering Bureau, which is responsible for the construction, has also been there. The floor is empty. The aquarium covers an area of more than one hundred acres, so long-term desolation is not a solution. Don't know when it can start work?

When the foundation was laid in 2017, it was known as the largest ocean park in the Central Plains. Haichang Ocean Park, a key project in Zhongmu County, has been suspended for more than a year? The author was also curious, so just before the Ching Ming holiday, I made a special trip to the Zhengzhou Haichang Ocean Park located on the north side of the intersection of Zhengkai Avenue and Guanghui Street to find out.

Because this is the first time I came to the Ocean Park exploration site, I am not very familiar with the path. On the way to Ocean Park, the author met an enthusiastic villager from a nearby village who used to work on the Ocean Park site. Speaking of Ocean Park, she immediately became energetic, and there was a lot of dissatisfaction in her words. It is said that this ocean park has been under construction for several years. Because there is no money, the construction has been stopped and the construction has been tossed several times. This time it took the longest time to stop. Work was stopped last year, and it has been more than a year now. It is said that it will be completed in 2020! Up to now, there are still grasses and lakes, and there is no shadow. Such a large construction site just hangs there. This enthusiastic villager gave up the time to go home and led the author to the construction site of Ocean Park.

Except for some of the propaganda of the Ocean Park, there were indeed no construction workers on the entire site. There has never been a completed project on the planned land of the Ocean Park. After that, the author came to a courtyard marked with the words "Zhengzhou Haichang Ocean Park Tourism Development Co., Ltd.". I think this should be the location of the project department or investor of Haichang Ocean Park. But there was no one in the yard except for a few cars. There is no doorman. No matter how the author called, no one answered.

According to a construction person in charge of the Henan Water Conservancy and Hydropower Engineering Department who is carrying out road construction nearby, this large area is a construction site of the Ocean Park. No one has been working on it for a long time, and there are no workers in their premises. Later, the author came to the office area of the Eighth Engineering Bureau of China, which was responsible for the construction of the Ocean Park. The gate was closed and the courtyard was overgrown with weeds. The author repeatedly asked if there was anyone in it, but no one answered. Finally, from the house on the west side of the gate guard room that had been closed, a man dressed in costume walked out. After talking with him, I learned that the workers had already left because of the suspension of work and no work. As for when the construction will start, it's still hard to say.

The security guard, surnamed Sun, also confirmed the statement of the aforementioned villager that the investor did have problems with the flow of funds. "I don't have any money anymore! Don't we just stop working." As for the internal reasons, why? "Let's ask the investment and construction party." The workers are responsible for the construction. How can they work without paying?

The author integrated information from multiple sources and multiple channels, all pointing to Haichang Ocean Park, and it is indeed in a state of shutdown. However, the reply from the relevant party in Zhongmu County of People's Daily Online to netizens has always been "After verification, Haichang Ocean Park is under construction." This makes the author a little confused. Is it under construction? Or has it stopped? Are you looking up or building it quietly? Outsiders don't know it.

In fact, as early as October 2020, some netizens asked about the suspension of Haichang Ocean Park through the message board of the leaders of People's Daily Online, and asked when the construction would start? By April 1, 2021, another netizen left a message asking the same question. However, Zhongmu's relevant party's reply has always been: "After verification, Haichang Polar Ocean Park is under construction, and the specific opening time is subject to the company's announcement." Thinking about it, it should be "under construction." It's just that this is a "short" stoppage in construction.

According to relevant information, on June 13, 2017, Haichang Ocean Park, through its wholly-owned subsidiary Zhengzhou Haichang, joined hands with Country Garden to bid for the listed transfer held by the Zhongmu County Land and Resources Bureau for approximately RMB 492 million and approximately RMB 1.55 billion. Yes, there are two plots of land in Mou Zhengchu [2017] No. 85 and Mou Zhengchu [2017] No. 86. The total land area is about 424,700 square meters, the plot ratio of No.85 plot ≤1.2, and the plot No.86 ≤0.5, and the total construction area is expected to be no less than 200,000 square meters. Among them, a comprehensive marine park with a total construction area of no less than 120,000 square meters must be built in the No. 86 plot A. To this end, Haichang Ocean Park stated that it will establish two special joint venture companies with Country Garden on the two plots to carry out subsequent development of the plots.

According to public reports from the media, on July 8, 2017, Zhengzhou Haichang Ocean Park held a groundbreaking ceremony at the Zhengzhou International Cultural and Creative Industrial Park in Zhongmu County. This is the ninth theme tourism project that Dalian Haichang Group has deployed in the country, featuring marine animal performances, adventure experiences, and water world. The foundation stone laying of the project marks the construction phase of the largest ocean park project in the Central Plains. Wang Xuguang, Executive Director and Chief Executive Officer of Haichang Ocean Park, said that in order to improve the national network layout of Haichang Ocean Park, Haichang began planning to enter the Zhengzhou market and cultivate the Central Plains many years ago. After the completion of the Zhengzhou project, it will become a symbol of the Central Plains region. Sexual marine theme park.

At 10 am on February 1, 2018, Zhongmu County held a groundbreaking ceremony for the first batch of key projects in 2018. The first batch involved 12 projects, including 3 provincial key projects, 2 city key projects, and 7 county key projects .
Among them, Zhengzhou Haichang Ocean Park ranked second. According to the official, Zhengzhou Haichang Ocean Park has a total investment of 3 billion yuan, covers an area of 640 acres, and has a construction area of 220,000 square meters. It mainly constructs ocean parks, polar parks, future exploration world, hotels, characteristic business districts and supporting facilities. It is planned to be completed in July 2020. After completion, it will achieve an annual operating income of 650 million yuan and receive 2.5 million tourists.
Now, July 2021 is imminent. Haichang Ocean Park is still lying on the planning drawings. When the door will be opened to welcome guests is still unknown. In fact, building an ocean park is a good thing for the benefit of the people, so cold treatment is not a solution. If you really encounter any problems, we hope that the relevant parties will solve the problems as soon as possible, start construction as soon as possible, and make the Ocean Park a scenic spot in Zhongmu as soon as possible.
Zum Vergrößern anklicken....