Thorpe Park have today announced Black Mirror Labyrinth - a new attraction set to open at the resort for the 2020 season. The new walkthrough attraction is billed as an unpredictable digitised hypnotic maze that uses cutting-edge visual technology and sensory-defying environments to reveal an uneasy truth that manipulates and displaces your very existence. Black Mirror Labyrinth marks the first time Merlin have collaborated with Netflix who are the worlds largest subscription streaming service. Entry into Black Mirror Labyrinth will be included with your entry ticket at no extra charge.

Located in the back of The Walking Dead The Ride’s building - the attraction will replace The Walking Dead Living Nightmare maze which first opened for Fright Nights 2017, the space has previously housed a number of walkthrough attractions including The Cabin in The Woods, The Passing, Hellgate and Freakshow 3D, before this the space was used as an extended queue line for X:\ No Way Out.
Zum Vergrößern anklicken.... 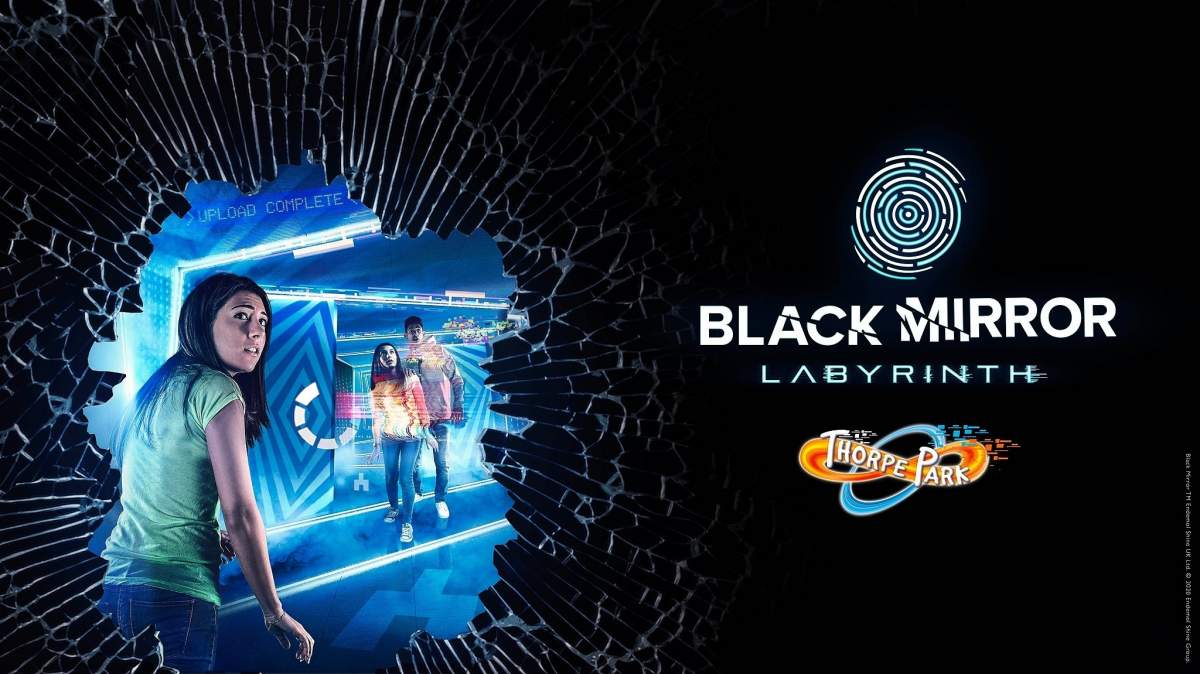 
Thorpe Park schrieb:
"With the current climate we find ourselves in and the new operational measures we’re having to undertake across the Resort as a result, we have made the difficult decision to postpone the launch of Black Mirror Labyrinth to Spring 2021. We were so looking forward to showcasing and sharing this world first attraction with you, our guests. A lot of hard work had gone into making it deliver an experience like no other and we have no doubt that this will be an incredible addition to our line up here at Thorpe Park. Fear not thrillseekers, this is one experience we know will be worth waiting for! We can’t wait to launch it with the you next year!"
Zum Vergrößern anklicken....