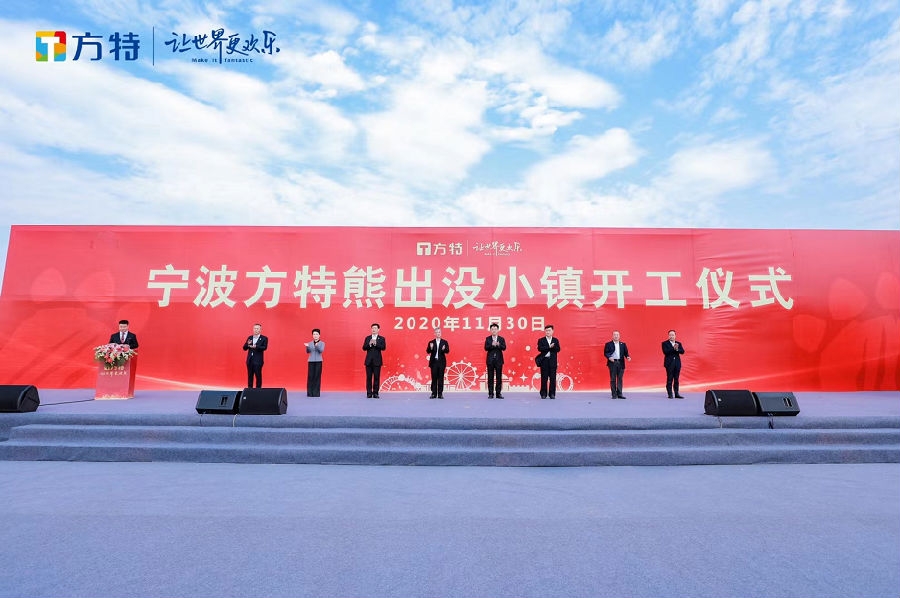 On November 30th, a ceremony to mark the construction of a Boonie Bears themed town, part of the local Fantawild tourist resort, took place in the city of Ningbo. Liu Daoqiang, President of Fantawild Holdings Inc., attended the event together with Li Jun, Propaganda Minister and member of the municipal party committee.

This new project showcases Fantawild’s renowned animated property Boonie Bears, and will be built into a unique tourist attraction integrating food & drink, accommodation, entertainment, shopping, and education. The town will include areas such as an animation base, Boonie Bears adventure world, an education camp, a food plaza, and a Boonie Bears holiday hotel. Visitors will be able to immerse themselves in scenes from Boonie Bears’ animations and engage in many other activities at this new themed leisure facility.

With a new park, Glorious Orient, about to begin operation and the construction of Boonie Bears town, this Fantawild theme park resort is beginning to take shape.Ningbo Fantawild Tourist Resort will consist of the Beautiful China Trilogy series of theme parks as well the previously mentioned Boonie Bears themed town. Fantawild Oriental Heritage Park, which is the first park in the trilogy, was opened in 2016, and has received more than 16 million visitors to date. The second park, Fantawild Glorious Orient, is planned to open in 2021, and will feature advanced technology in order to help boost tourism within the city. The third park, Tomorrow’s China, is still in the planning stage. These three parks plus Boonie Bears town will complete the resort.

This project endeavors to contribute to the economic, political, cultural, social, and ecological progress of Ningbo. Fantawild adheres to the corporate mission of “fun together”, and strives to turn this tourist resort into a model project for the city. It will become an important base for the inheritance of culture, whilst increasing the company’s influence and presence in China’s entertainment and tourism industry.
Zum Vergrößern anklicken....