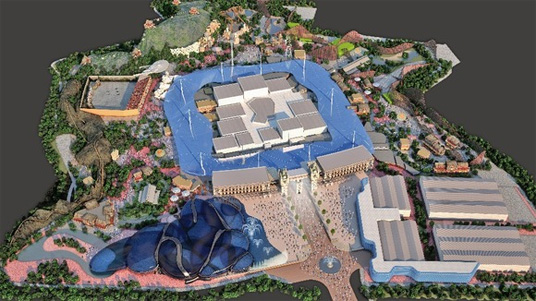 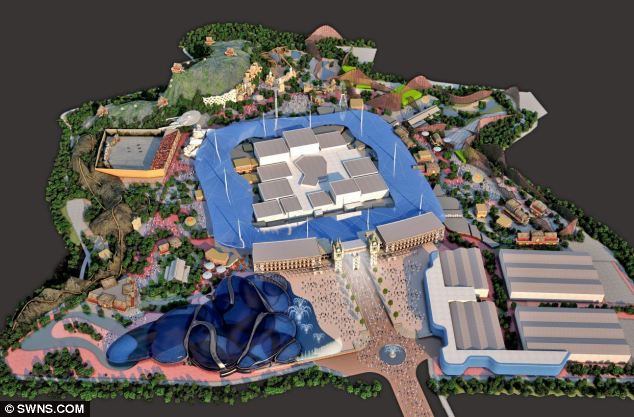 Plans for a giant new £2bn theme park on the edge of London to rival Disneyland Paris have been halted - by a colony of rare spiders.

Developers say the Paramount scheme will be the third biggest theme park in the world and twice the size of the Olympic Park.

It is due to create 27,000 jobs and was set to be completed by 2019. But an environmental audit of the 872-acre brownfield site in the Swanscombe Peninsula in Kent has found it is home to distinguished jumping spiders. 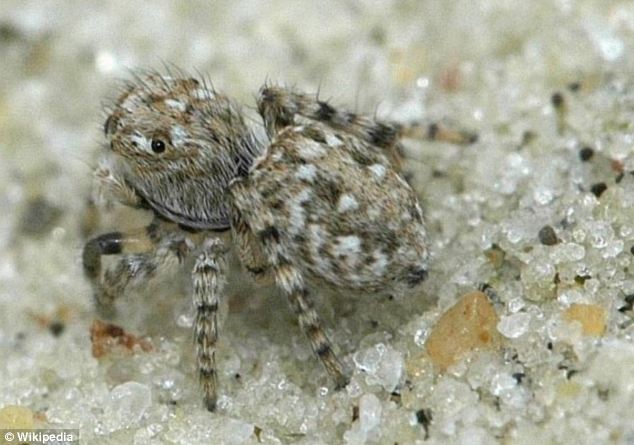 Halted: Plans to build a £2bn new theme park to rival Disneyland Paris have been halted after a colony of rare spiders were discovered on the site

The spiders are one of the few creatures that like the alkaline land created from the cement kiln dust produced by the former works on the site to the east of the Dartford Crossing.

London Resort Company Holdings, the consortium behind the theme park, will now have to find a new home for the colony.

Tony Sefton, project director for LRCH, yesterday said there are plans to create a 27-acre wetland wildlife park at the park.

He said: 'We will look after the spiders. We're doing a good thing.

'The alkaline land is dreadful for most forms of wildlife. But there is this particular spider that likes very alkaline conditions.' 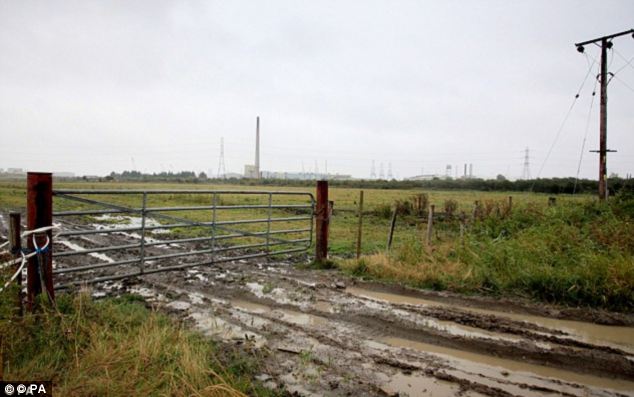 Discovery: An environmental audit of the 872-acre brownfield site in the Swanscombe Peninsula in Kent has found it is home to distinguished jumping spiders 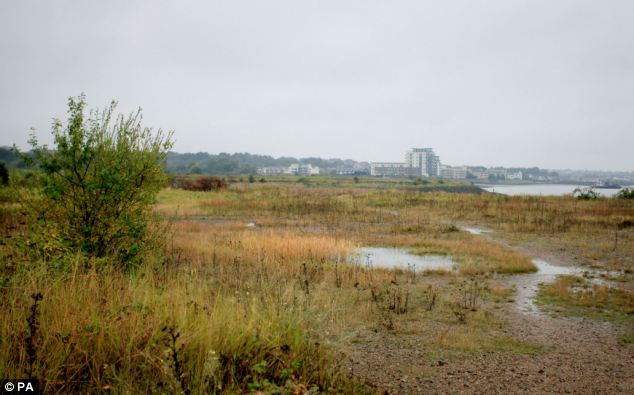 Site: The spiders are found on only two sites in the UK, including the site of the proposed theme park, and are on a biodiversity priority species list
He said LRCH hope to find a solution similar to that reached at the London 2012 Olympic Park where species found during development were moved to a wildlife sanctuary.

He said: 'In the past we've moved fish, we've sent voles away on holiday; it's fairly common and protects them from building works. Then when they're finished they're brought back.'
The only other UK home for distinguished jumping spiders, which have the Latin name sitticus distinguendus, are the West Thurrock marshes in Essex.

Both habitats are brownfield sites, or previously developed land.

The spiders are on the UK Biodiversity Action Plan priority species list, but the list is not legally binding. 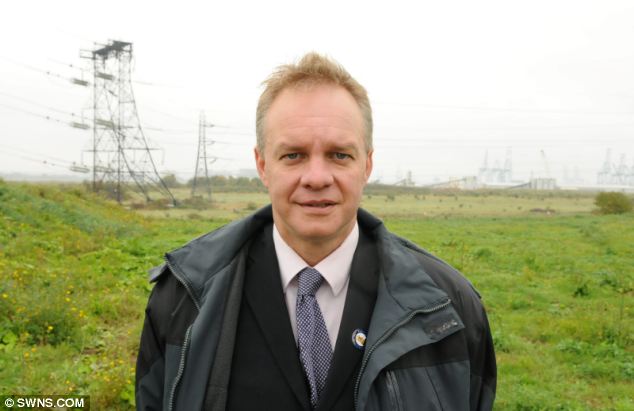 The ambitious resort will be located in the Swanscombe Peninsula in Kent, currently a brownfield site
This means the Joint Nature Conservation Committee have deemed the species is threatened and one that requires conservation action.

There is currently no law preventing developers building on the rare spiders' home although there is a proposal for the species to be added to the Wildlife and Countryside Act.
The 'world-class' venue, supported by Paramount Pictures, will feature Europe’s largest indoor water park, theatres, live music venues, attractions, cinemas, restaurants, event space and hotels and, if given the green light, will be twice the size of Olympic Park in East London.
The site is on the doorstep of Ebbsfleet International railway station, which is 17 minutes from London and two hours from Paris.
Mr Sefton has previously said the plans were Britain’s biggest post-Olympic project.


Lucrative: Major films in the Paramount stable include TinTin and Titanic

'Our vision is to create a world-class entertainment destination, the first of its kind in the UK,' he said.
'We are at the start of a long journey, but have been encouraged by the support and buy-in we have had to date.

'We are particularly pleased with the appetite we are seeing from investors, who consider this a compelling investment proposition.

LRCH has signed an agreement with Paramount Licensing Inc, the licensing division of Paramount Pictures, to give exclusive UK licensing for a Paramount entertainment resort at the heart of the site.

LRCH is also in negotiations with a range of major British brands to sign licensing agreements.
Dartford and Gravesham Borough Councils have both offered support for the project.

There were previously six Paramount theme parks in the United States but these were all sold-off and re-branded during a company re-shuffle in 2006.

Today, they are operated without the Paramount backing but in their heyday, rides on offer included Tomb Raider: The Ride and The Italian Job: Stunt Tracks.

Another Paramount theme is set to open in Murcia, Spain, in 2015 and company chiefs predict it will draw in three million visitors to the area every year.

One of the main attractions in the pipeline is Titanic 4D, which will use state-of-the-art special effects to give guests a taste of the iconic vessel. 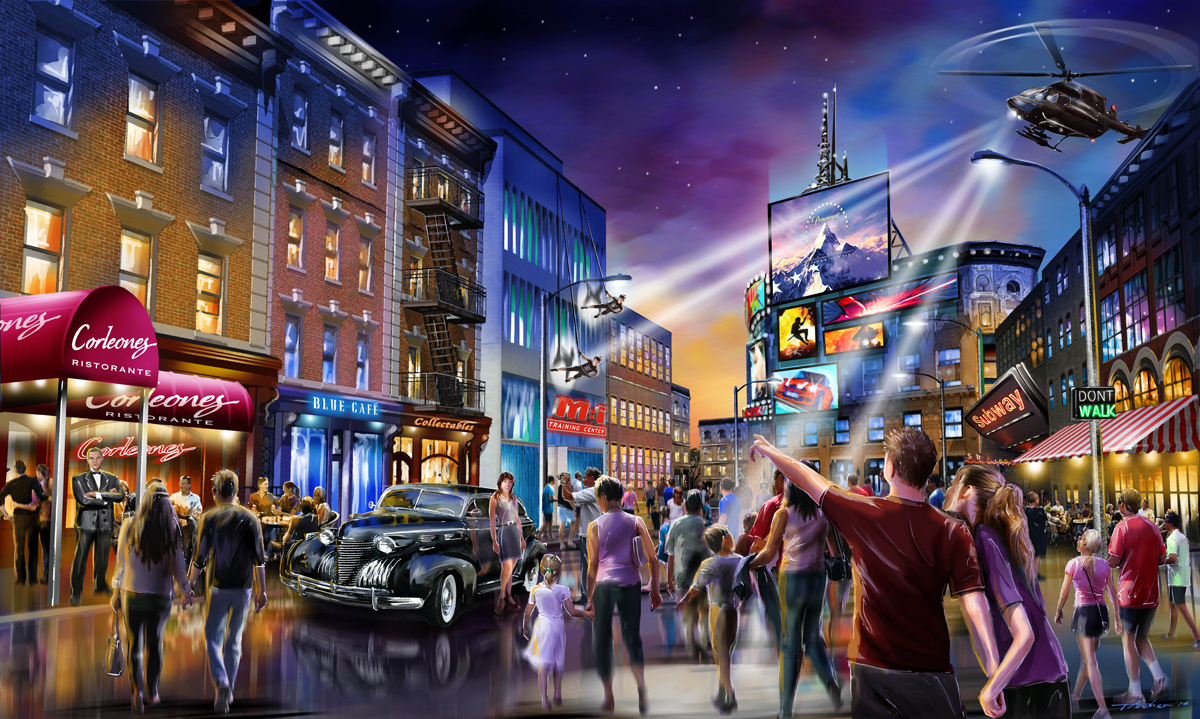 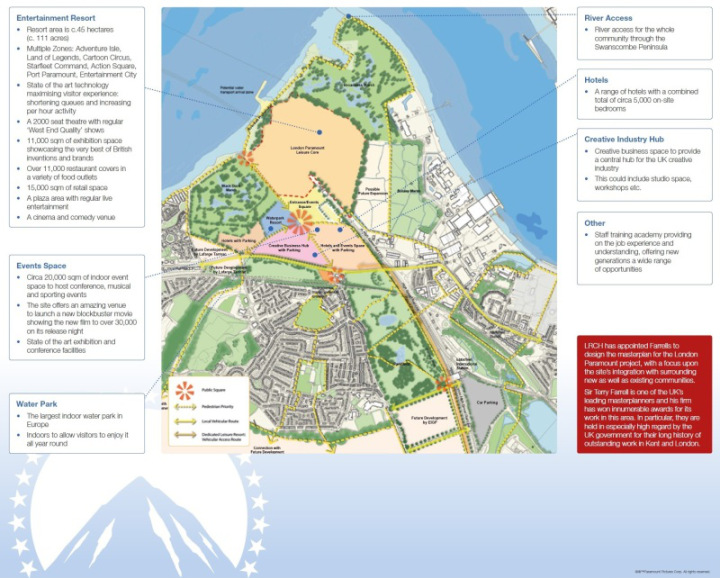 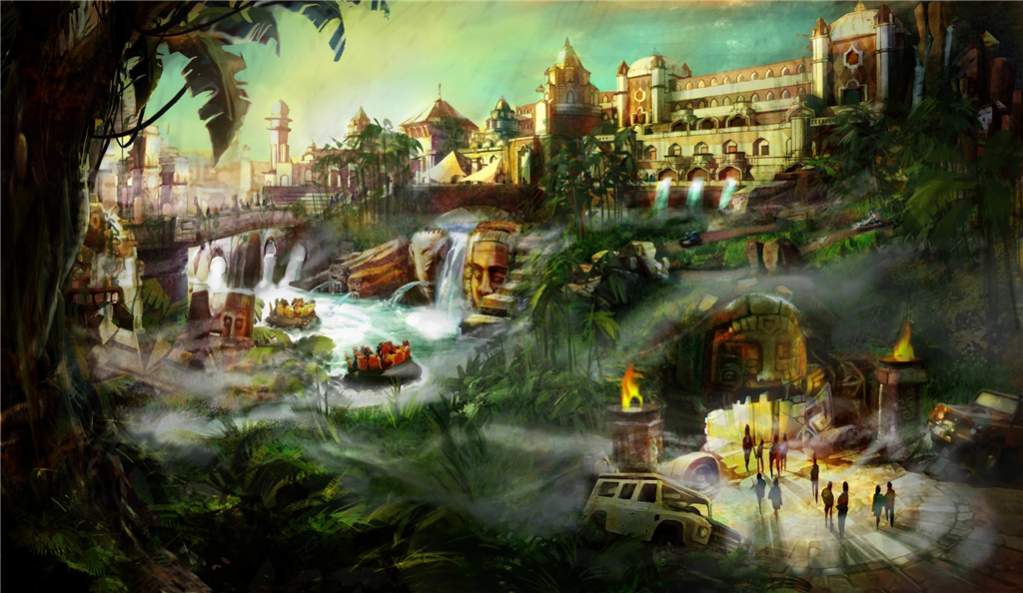 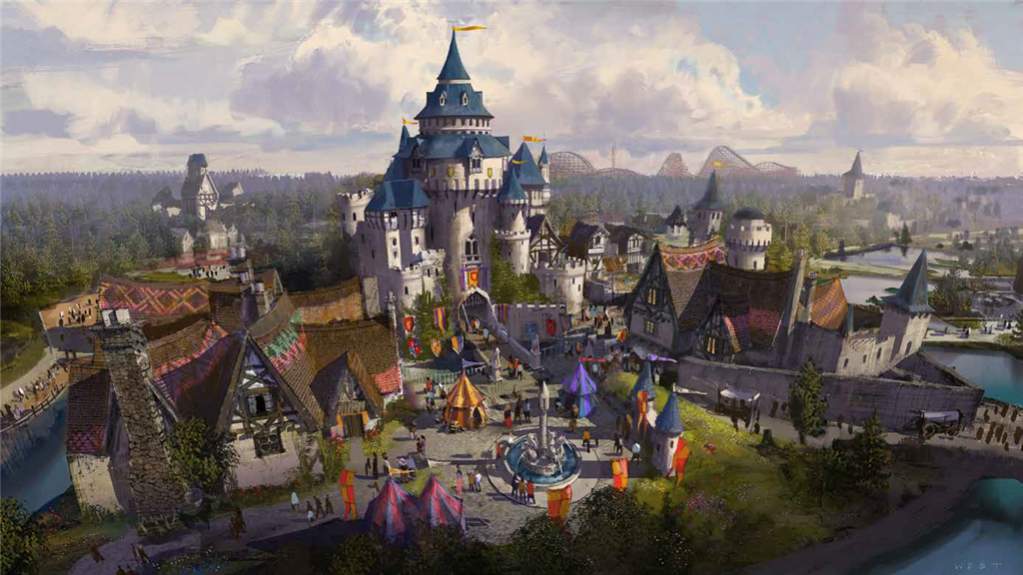 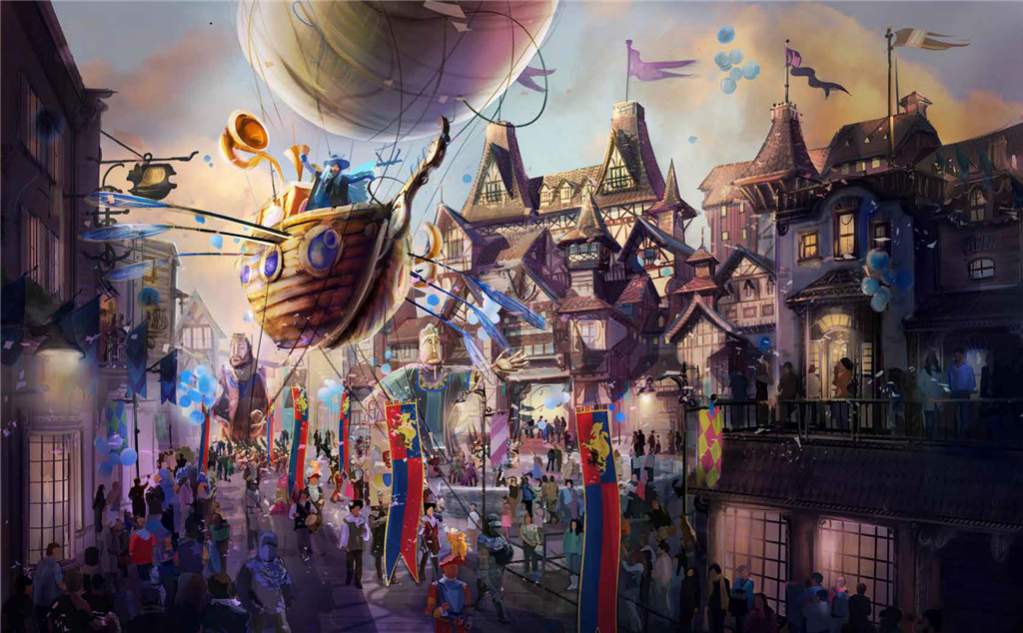 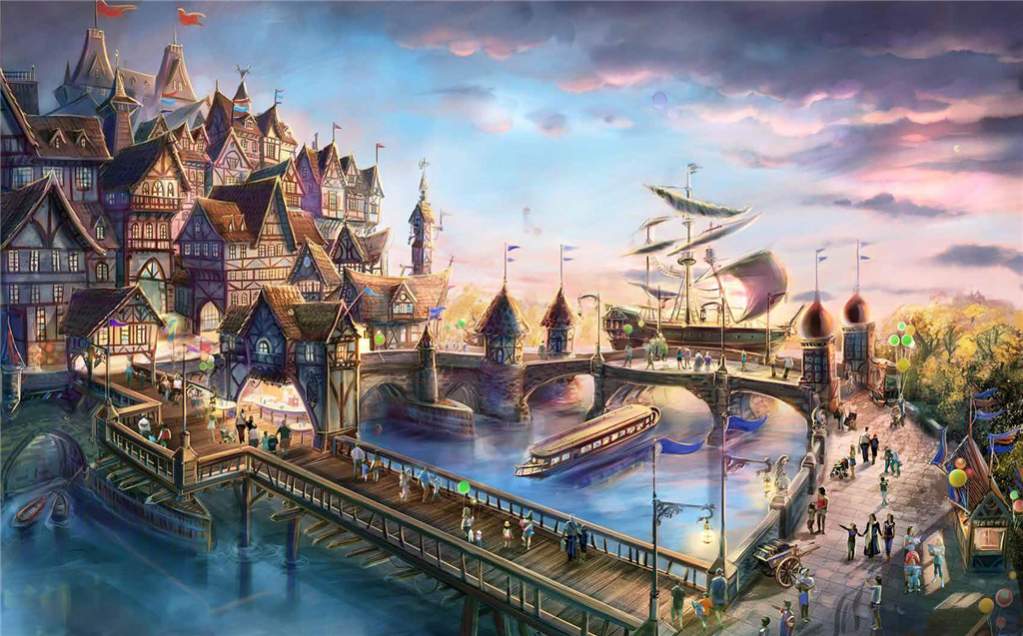 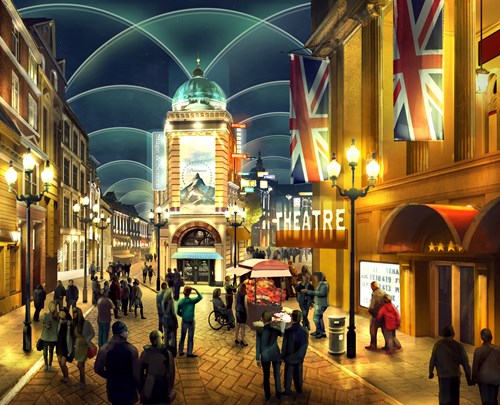