The Warring Coaster concept takes an armed conflict from a film or a story and allows riders to live it. Through the use of multiple trains on multiple tracks, giant themed arenas, animatronics, interactive laser gun systems, and much, much more, the Battle of the Death Star* from Star Wars* roars to life, and a Quidditch* match from Harry Potter* becomes real! This is the ultimate in themed rides and roller coasters combined.Live your favorite movie!

All about the Incredible Star Wars "Warring Coaster" Patent 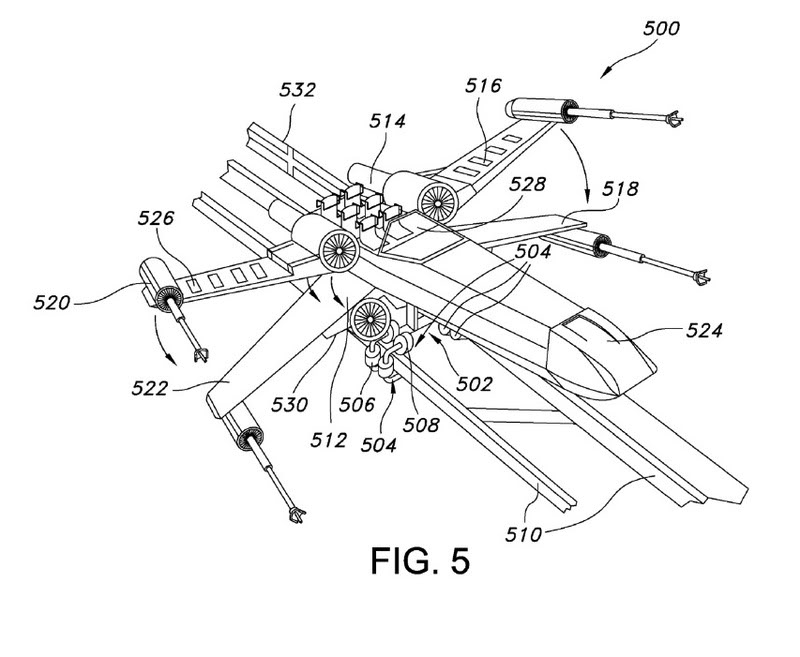 Two days ago wdidreamer, a member of WDWMagic.com forum, posted the pictures above and below from a U.S. patent supposedly filed by WDI last year. The title of his thread was "After Star Tours....is this what's next?" and almost instantly members of WDWMagic forum were amazed by what looks like an incredible Star Wars dueling roller coaster concept.

There was just a little problem: this patent filed last year is NOT a WDI patent! So, if this amazing concept was not designed by WDI Imagineers, who did it? A closer look at the patent reveals that it was filed by someone named Jonathan Gordon. And, yes, if you call WDI switch board they will confirm that there is no Jonathan Gordon working at Imagineering, so it's definitely not a WDI patent. I really wanted to know more about this mysterious and exciting Star Wars concept and I finally found the web site of Jonathan Gordon – GordonRides | Home – a company that "offers new and innovative amusement rides and attractions for customers that demand the latest and greatest". Their rides are based on proprietary designs that they develop in-house. They work "with the finest engineering and manufacturing firms in the amusement industry to ensure the creation of a product that is second to none".

That sounds good, so I decided to give them a call hoping to talk with Jonathan. Luck was with me, as it was Jonathan himself who answered my call. Jonathan kindly accepted an interview and provided me with precious details about his Star Wars roller coaster concept. As you can see on the pictures above and below, the concept looks like a dueling coaster but in fact it's more than that, it is a "warring coaster" which Jonathan on his web site describes like this: "The Warring Coaster concept takes an armed conflict from a film or a story and allows riders to live it. Through the use of multiple trains on multiple tracks, giant themed arenas, animatronics, interactive laser gun systems, and much, much more, the Battle of the Death Star* from Star Wars* roars to life! This is the ultimate in themed rides and roller coasters combined." 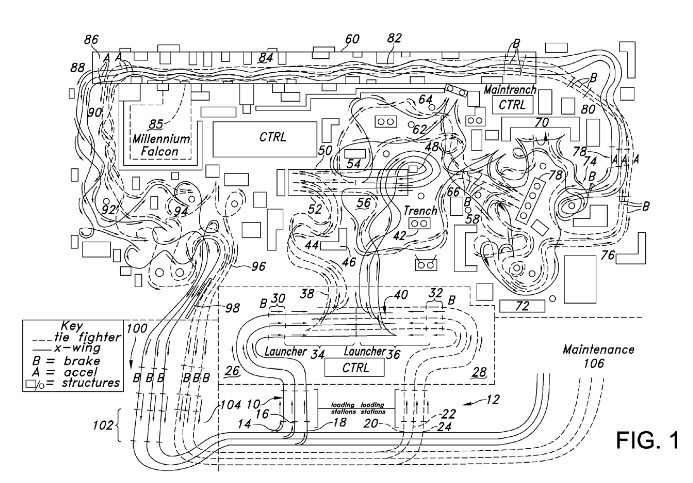 Well, it certainly looks like the "ultimate ride" and on the patent drawing above you'll see that the coaster can have up to six different tracks with six vehicles moving simultaneously. The launch would be done by linear induction or linear synchronis system and the vehicles would reach 50 miles per hour in a few seconds. And because this warring coaster is designed with a Star Wars theme, the vehicles - I mean, the fight - will be between X-Wing fighters and Tie Fighters! Each vehicle will have six seats, and each guest will be able to use a mounted laser gun to shoot at the "enemy". Each hit will be counted and will appear on the fighter’s screen, and in addition to the usual lap bar there will a grab bar which will be helpful to guests if they need to steady themselves while they are shooting. 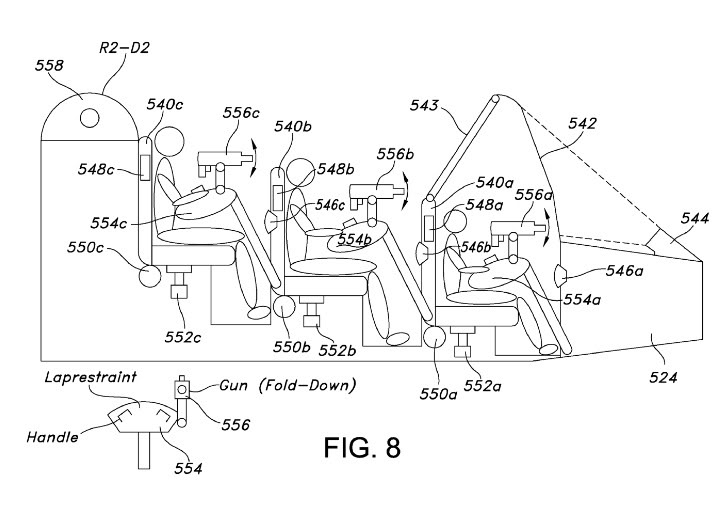 One of the questions I asked Jonathan was about the size of the X-Wings and Tie fighters. When you look at the drawings of the X-Wing fighter above and the Tie Fighter below, the vehicles look huge and I wondered if it was possible to have such big vehicles on a coaster track. According to Jonathan it would not be a problem as long as the vehicles are light enough. If we take the X-Wing fighter, for instance, the wings would be made of fiber glass over an aluminum frame with minimal steel reinforcement, and of course the important "middle" part of the vehicle frame and structure will be in steel. 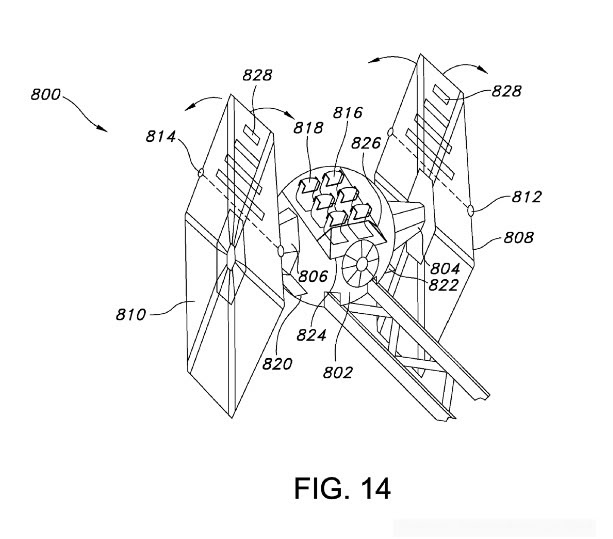 Still, when we look at the drawing with its incredible tracks and considering the large size of the vehicles I couldn't stop thinking that this indoor project will require a huge facility and Jonathan confirmed that his concept indeed requires a huge building. But the best is yet to come, as this building would be fully themed so that the epic battle between X-Wings and Tie Fighters would take place over the surface of the Death Star and inside the famous Death Star trenches - yes, the same trenches in which the final battle happened at the end of the first Star Wars movie (Episode 4) or also in Star Tours 1! You can see in the drawing above where it is written "Main Trench". You'll note also the words "Millenium Falcon" which indicates that Han Solo’s fighter should be included in the decor.

Another great idea - a genius idea I must say - is the one related to the queue. As there will be two "teams" riding at the same time, guests will be divided – they will either join the "rebels" and board an X-Wing fighter or they will join the "Empire" and board a Tie Fighter - they will be directed down two different paths and in each of them they will have access to Death Star or Rebel Fleet ship turrets - as such, the queue decor will be "inside" the Death Star or a Rebel Fleet ship. Each turret will be equipped with laser guns AND using these laser guns guests in the queue will be able to "fire" at the roller coaster vehicles as they enter the Death Star trenches! On the drawing below the numbers 406, 410 and 416 represents the locations of some of the turrets guns. 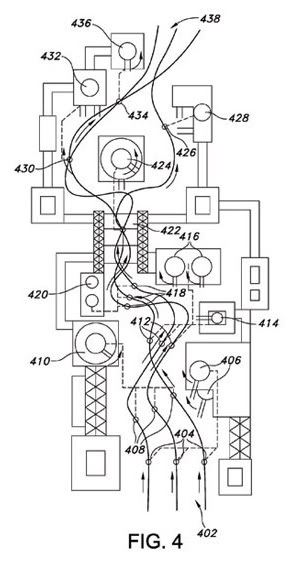 Each hit from the turret guns to the vehicles would tally additional points which would be counted in the final count. At the end of each ride, depending who is the winner (based on the number of points), either the Death Star will "explode" - with the use of lighting and pyrotechnic effects - or, if the Empire wins it will be the rebel planet base which will "explode" thanks to projection effects. 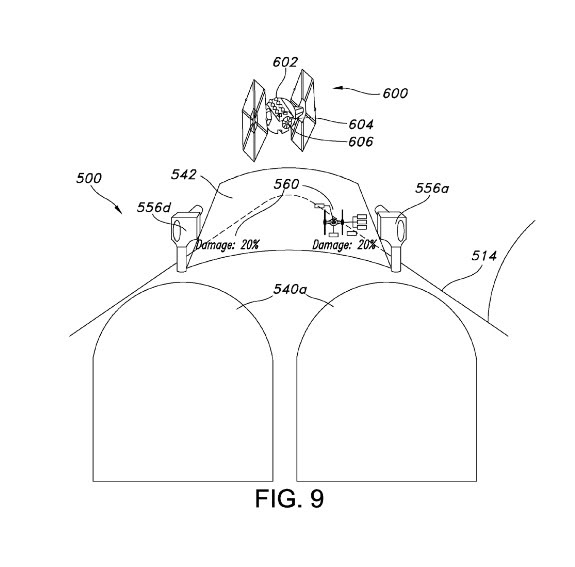 Isn't it an amazing concept? It surely is, but, as with each concept, there are also some difficulties which would need to be resolved. For example, how the guests would board each vehicle, especially the X-Wing fighter. Jonathan imagined a system where the upper wings could be moved down to make the boarding easier, as shown on the first drawing on items 516 and 526. Technically, Jonathan is pretty sure that everything he designed in this ride can be done. Of course the biggest problem would be the cost of the ride. To give you an idea, at WDI this kind of ride would cost probably around $150M, or less if it was built by someone else - not to mention the cost of the important licensing rights to Lucas Film Ltd. The huge facility would cost a lot, too. The ride hour capacity could be also a problem, especially considering the inevitable tremendous success of this Star Wars ride concept. Even with six tracks, considering that each of the six vehicles will embark six guests that makes 36 guests only for each ride, and considering that it would be probably a 3 minutes ride that makes an hour capacity of 720 guests which is indeed not enough. However, the patent notes that a proper block-section design could allow for multiple vehicles to run on each track at the same time, which would resolved this hour capacity problem.

Regardless, it is a fantastic Star Wars attraction concept, and probably just like you, I wish to see it becoming real as soon as possible. Jonathan unfortunately can't propose his concept directly to WDI as Imagineering generally doesn’t accept concepts coming from the outside but who knows, if Georges Lucas himself happens to read this article and love Jonathan's ride idea then we might ride this Star Wars roller coaster in the future!

* Death Star, Star Wars are trademarks of their respective owners who do not endorse GordonRides LLC, nor are they in any way connected with GordonRides. Concepts presented in The Warring Coaster are the subject of several pending patent applications owned by Jonathan Gordon, the principal of GordonRides. 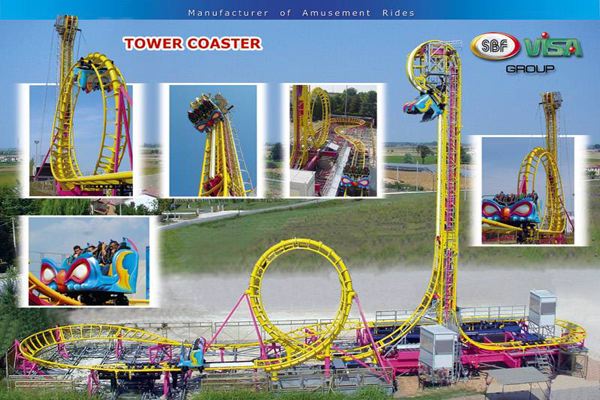 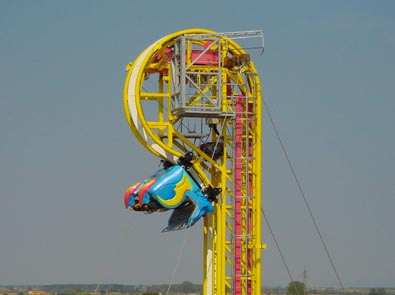 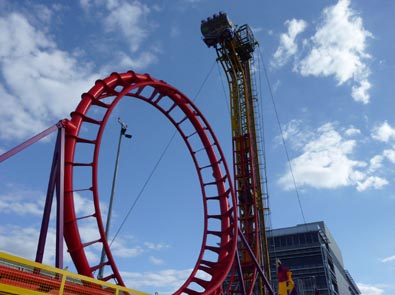 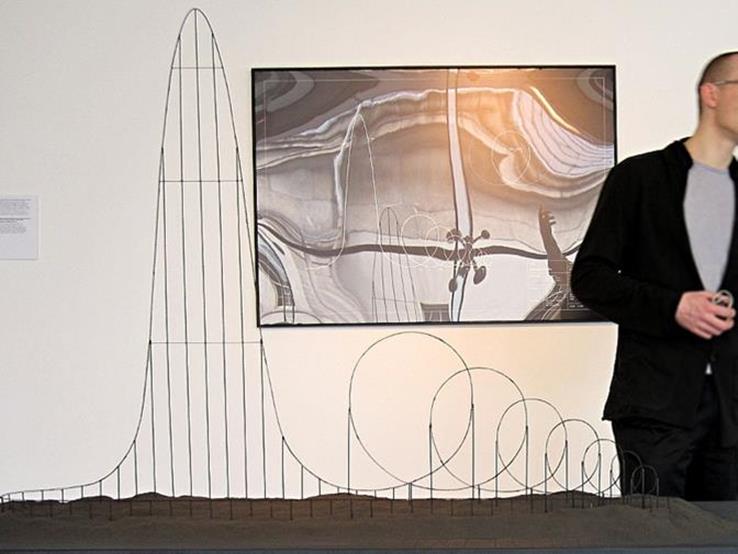