Newsplusnotes schrieb:
The attraction will be located within the Ireland themed section of the park, and use the existing motion simulator hardware that was most recently called Europe In The Air.
Zum Vergrößern anklicken.... 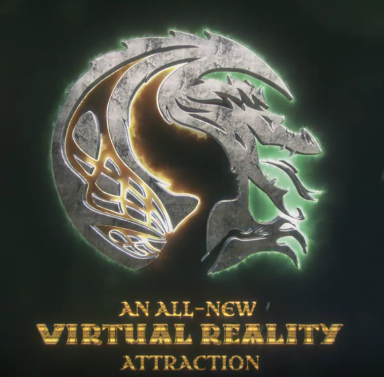 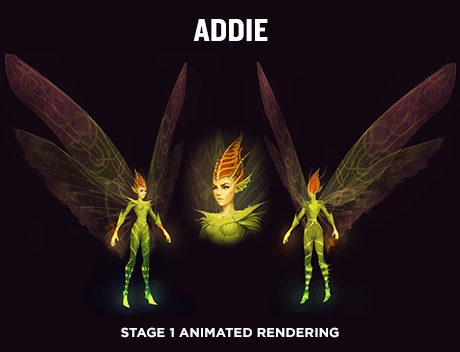 • State-of-the art 360-degree virtual reality headsets combined with a motion-based theater simulator will create an innovative experience unlike any other in the attraction industry
• Head mounts will be distributed to guests before each ride and will be sanitized after every use (similar to 4D glasses at attractions such as Curse of DarKastle)
• Head mounts are adaptable to many sizes
• VR headsets, which are tethered to the motion simulator seats, will connect to guests’ head mounts via magnetic closure
• A standard version of the video will be available for those interested in a more traditional experience
• Attraction video was created in 4K resolution
Zum Vergrößern anklicken....


Screamscape schrieb:
First The Curse of DarKastle was closed before the end of the busy summer season because the park was going to fit a new haunted house experience inside of it for Howl-O-Scream. Now it seems that trend will continue and the evil castle structure will be somehow repurposed as part of a new Santa meet & greet area for Christmas Town.

According to a report posted at BGWFans, the famous dark ride may actually never reopen it seems, as the park was having difficulty maintaining and operating it within their budget. According to a statement from the park, while the ride remains intact and able to reopen, it seems that it is true that they are considering the possibility of not reopening it next season, but as of this moment a final decision has not been made.

This is sad... because really while coasters are king at most theme parks, what really sets the top shelf theme parks apart from the crowd for me is the inclusion of some epic dark rides. The Curse of DarKastle is no exception... and while it may have flaws (who doesn't?) the attraction had set a pretty high bar for itself when Busch Gardens set out to make the world's first "clone" of the dark ride concept created for Universal's "The Amazing Adventures of Spider-Man"... but doing it within a Busch Gardens level budget.

To that end, they succeeded in grand fashion, though as the linked report mentions, time has been taking it's toll on DarKastle, along with obvious budget cutbacks from the park as the SeaWorld Entertainment chain continues to struggle in the post Blackfish world. Given how things are likely being handled internally, the maintenance of the ride has probably been in what I like to refer to as "firefighter mode"... where non-safety related parts and equipment are ridden to the point of failure and only then fixed or replaced. This would be the opposite of "prevention mode", where much of the equipment is upgraded or replaced on a set schedule... such as the projectors for the ride's many screens which would ideally be refurbished or replaced after a certain number of hours of operation. Much like performing an oil change on your car after so many miles is ideal, rather than waiting for your car to burn up the old oil and start to grind metal on metal before you stop to fix it.

So now we are at the crossroads... will Busch Gardens spend the needed money to maintain and reopen The Curse of DarKastle or will it become another rusty junkpile sitting in the driveway on blocks? I can only hope they opt to fix it, and perhaps work on a budget to improve it down the line as well, because a good dark ride is not something to just throw away... it's what sets your park apart from your competition down the road.
Zum Vergrößern anklicken....

BGW schrieb:
We thought we'd say goodbye to Curse of DarKastle with this final ride (digitally of course). The ride building will transform into a special events venue starting this year. While the ride maintained a loyal following over the last 13 years, we will be able to now offer new & exciting opportunities for Howl-O-Scream, Christmas Town & other events. With that said, we want you to choose the name for the new event space. Which would you prefer: Gartensburg Castle, NewKastle or Oktoberfest Palaste? Comment below with your choice from these 3 (only 1 vote per person)... poll ends Jan. 26 at noon.
Zum Vergrößern anklicken....